KnightNews.com
Home Beyond UCF Nicky Romero & MYNC Discuss Their Latest Compilation “Back 2 Back” During...

On Thursday, I took a break from the Miami Music Week parties to join Nicky Romero and MYNC atop the Perry Hotel (formerly the Gansevoort), for an exclusive industry-professional meet-and-greet. The two DJs, who were thrilled to have time to relax during their busy week, took a few minutes to chat with me about their past few days and joint compilation album Back 2 Back, a two-disc set created specifically for this week in Miami.

Throughout our quick conversation, the guys discussed their album, stating each track reflects their fond memories of Miami and its ever-so-popular dance music vibe.
Incorporating top club sounds, as well as showcasing 15 unreleased tracks, MYNC and Nicky created quite a heavyweight production for this Winter Music Conference.

The first disc, which was mixed by MYNC features tracks from Chuckie, Lunde Bros, Pierce Fulton, Nilson and Azari&III while the second, spun by Nicky, features a combination of his own productions, remixes and his exclusive new song “Se7en,” which he stated was, “a new favorite of his to play so far.” The guys then went on to discuss their evening plans, and Nicky spoke of his excitement to play Ultra the following day.

As our conversation wrapped up, I looked around to find invitees happily conversing while Back 2 Back blasted throughout the Perry’s entire back-rooftop. Positive conversation about Nicky and Marc’s track-choice swept from group to group while signed CDs and t-shirts were handed-out to all in attendance. While I headed to the bar to enjoy a quick glass of water before heading to the Mixmash pool party, I realized Back 2 Back was turning out to be everything this current two-some had hoped: great vibes for the world’s most-anticipated music week. 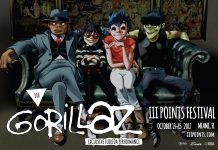