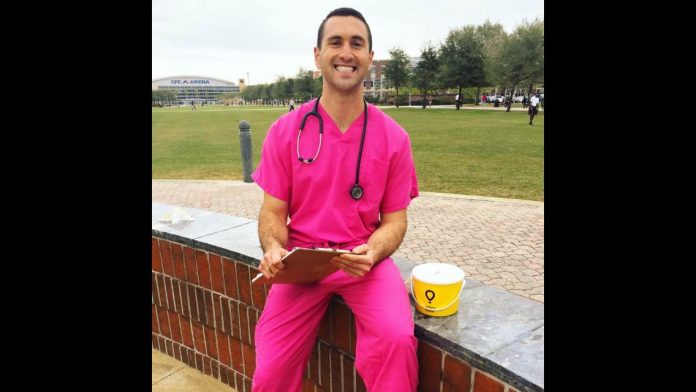 University of Central Florida sudent Josh Winograd thought of a unique way to raise money for Children’s Miracle Network by serving students on campus as the ‘Love Doctor’ on Valentine’s Day.

Winograd thought of the idea in his push to raise money in UCF’s Knight-Thon dance marathon – an annual 24-hour dancing marathon that takes place in CFE Arena as a way to meet fundraising goals set each year by Knight-Thon for CMN.

“I saw a fun opportunity to get into the Valentine’s Day spirit and raise money for the kids of Greater Orlando Children’s Miracle Network Hospitals,” said Winograd.

“I was completely blown away with how many students embraced my idea and actually came to me for advice!”

Last time around, Knight-Thon gathered one million in donations for Children’s Miracle Network.

After earning the title of the 8th institution ever to raise more than a million dollars, Knight-Thon set a new goal of $1,200,000 with a theme reveal in the Student Union in September.

Winograd has been a long-time participant in Knight-Thon, in his fourth year to be exact, having run for Homecoming King in Fall 2016 in the meantime and earning the title of Mr. Knight Thon at last year’s pageant.