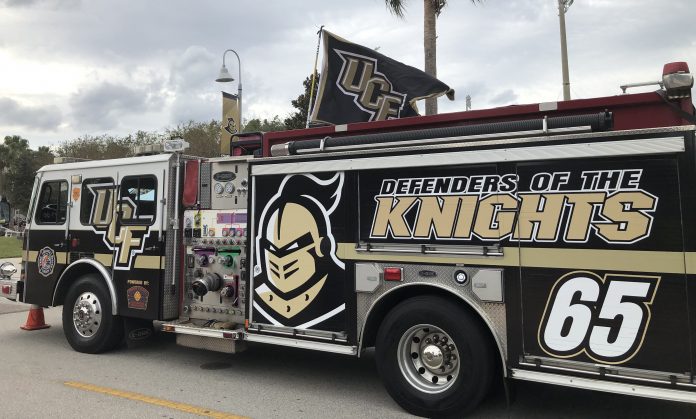 Orange County Fire Rescue Station 65, northeast of campus, debuted a “Defenders of the Knights” at the AAC Championship game, which ended in favor of UCF.

The fire rescue team brought along a dog donned in Knights gear to greet fans outside of the stadium with the fire engine in the background.

UCF fans donated hundreds of tickets to first responders of which OCFRD received 60.