In commemoration of International Holocaust Remembrance Day, the Rabbi at Hillel hosted the daughter of a Holocaust survivor to speak at a gathering of 30 students Monday night.

“It’s our responsibility to remember. Because if we don’t remember no one will,” said Nirit Gelfer Israel Fellow, and organizer of the event. 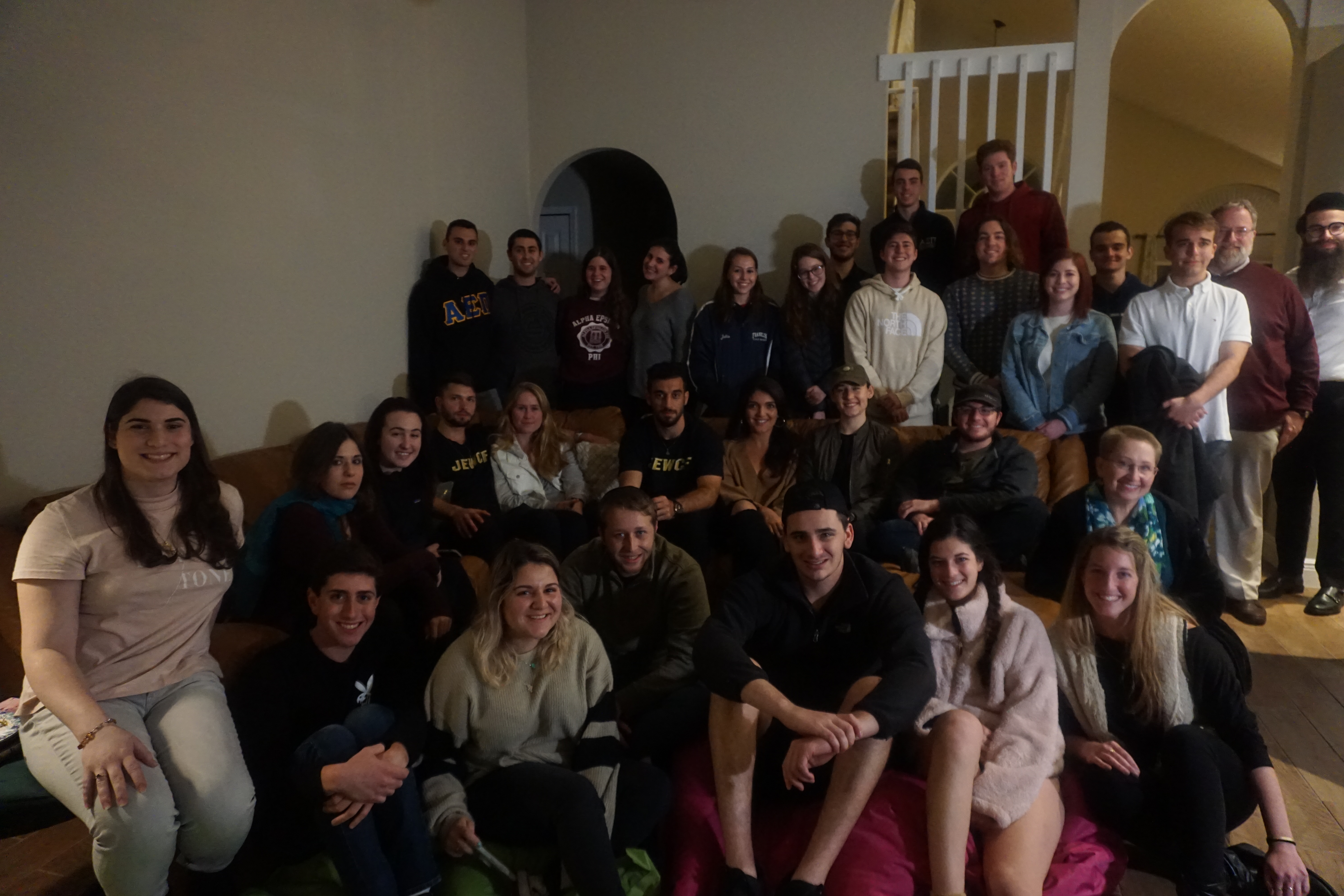 Debora Beckman, 62, shared some of the darkest horrors of the Holocaust on behalf of her father who couldn’t make it to the event. A full room of UCF Jewish students gathered close together in Hillel’s Rabbi Israel Abisror’s living room to hear the story of her parents who survived.

“I still have nightmares,” Beckman said. “I never heard my father scream. But I knew he screamed every night. His dream was that they were chasing the kids and he had to protect us.”

Beckman’s father Philip, 94, was born in Krakow Poland in 1924, he was one of six siblings who survived out of 13. Beckman said her father was 14 when the Holocaust started and his parents wanted to send him to the countryside, but he snuck into the ghetto to be with his dad. The Ghettos were so crowded he had to sleep on the floor in the hallway which put him on the front line.

“He talks about how he had to move bodies, and how scary it was because he would watch them take their last breath,” Debora Beckman said.

The group he snuck into had to do grueling jobs while malnourished, including carrying heavy rocks a specific way up 180 steps or intense lashings. These lashings left him 80 and 50 percent deaf in his left and right ear. Her father experienced some mornings people getting shot at random and there was a time he was almost shot.

Debora Beckman shared her perspective on being raised by survivors.

“The unsettling feeling is always there,” Debora Beckman said. “There was always a little sadness in them, and a little joy because they survived it.”

Jonah Keen, a junior statistics major, shared why he attends events like this.

“The number of Holocaust survivors are dwindling,” Keen said. “It’s very important to me to hear firsthand accounts before it’s too late to hear them.”

Mitchell Bloomer, a resource teacher at the Holocaust Center in Orlando shared why he believes sharing personal stories of Holocaust survivors is important.

“I think remembering the persecution is important,” Bloomer said. “I think it’s important to see how persecution of any group of people, expands our community of concern outside to all people.”