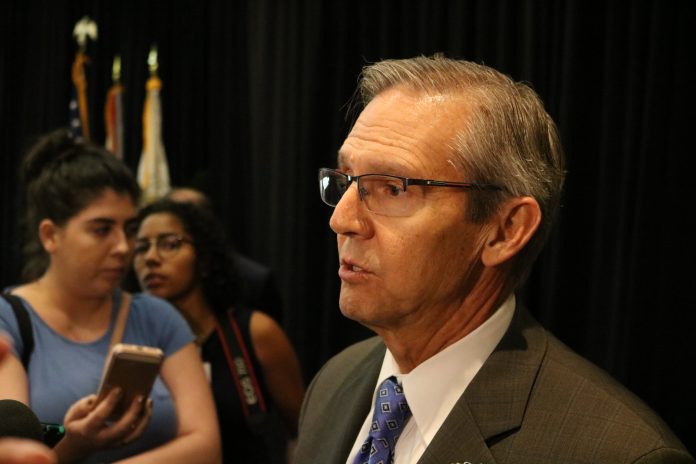 University of Central Florida board of trustees Chairman Marcos Marchena will step down from his position as chairman, Marchena announced at a Thursday Board of Governor’s meeting.

The Colbourn Hall state audit report and investigation applied pressure on several of UCF’s decision-makers, Marchena included. The trustees’ chairman was criticized for defining the scope of a private investigation in which he might be involved.

Though Marchena stepped down as chairman, he will remain on the board of trustees.

“I look forward to continuing to serve as a trustee,” Marchena said on Twitter.

Marchena did not make it clear at first whether he will still serve on the board in a lesser capacity.

This is a developing story. Stay tuned for updates.