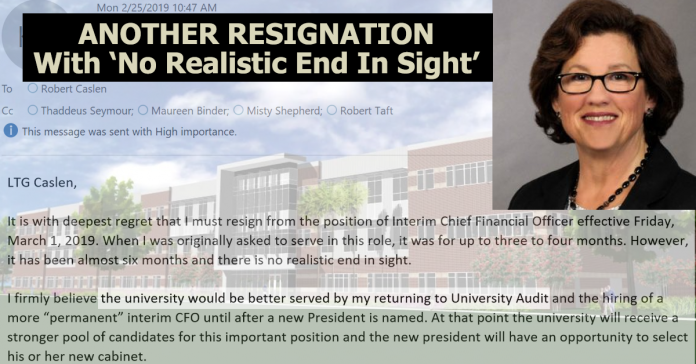 In her resignation letter acquired by Knight News, Mitchell wrote that “it has been almost six months and there is no realistic end in sight.”

Mitchell took on the role of CFO following the forced retirement of Bill Merck, the former CFO at the center of UCF’s $38 million misuse of funds scandal.

Mitchell wrote that the university “would be better served” by returning to her original position as the associate director for university audit and “the hiring of a more ‘permanent’ interim CFO.”

The resignation letter concluded with a request that the university compensate her at the current interim CFO rate for the period between her beginning as CFO and Nov. 16, 2018, when the rate took effect.

Mitchell has served UCF since 1999.