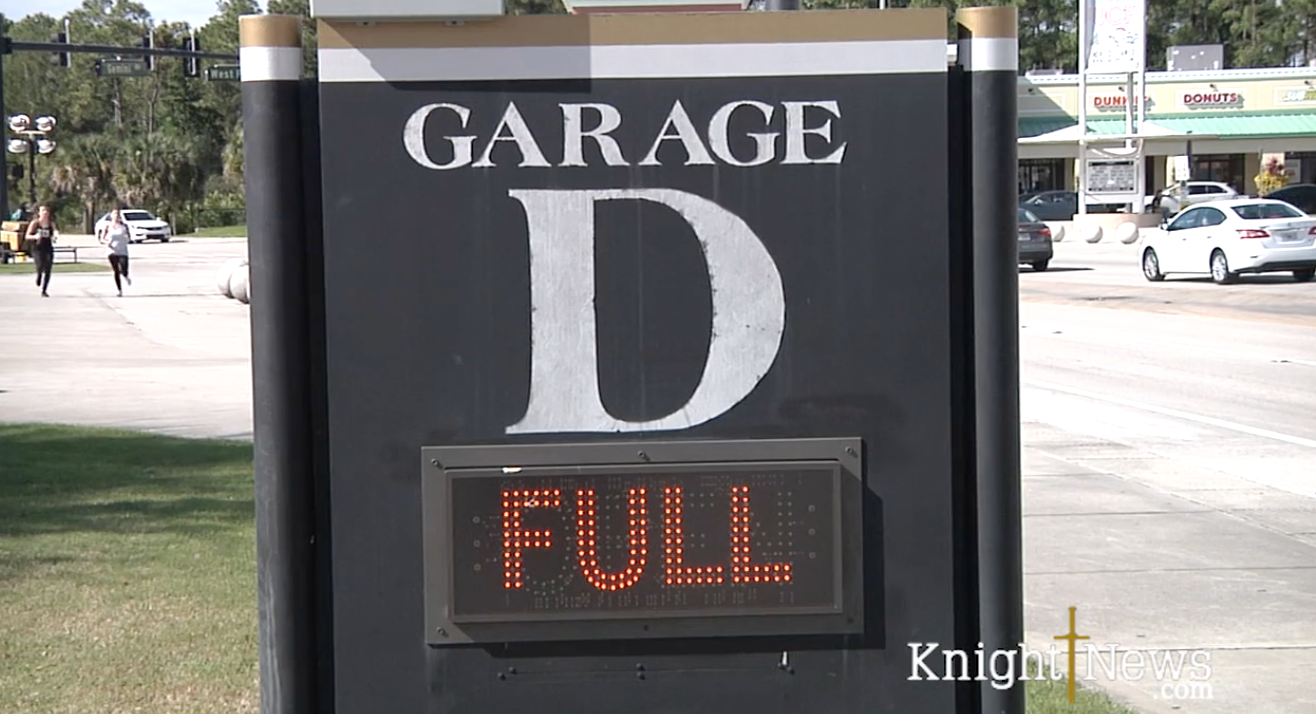 A petition of some 600 signatures and counting is calling for a stop to UCF’s new “No Back-In” parking policy.

The “Park Safely in the University of Central Florida Parking Structures” petition launched June 24 in response to a new university policy which will require all vehicles on all university campuses to park nose-in beginning July 1.

The parking mandate comes as Parking Services plans to begin utilizing license plate readers on campus in an effort to transition to virtual permits “for the sake of costs, sustainability, efficiency, and safety,” said the assistant director of UCF Parking and Transportation Services, Andy Rampersad in a press release.

According to the UCF website, the license plate readers are cameras that will capture images of vehicle license plates traveling onto campus. These cameras will be stationed at the campus entrance and exit points, on some parking enforcement vehicles, and in an undisclosed parking garage as part of a pilot study.

UCF Police will also utilize the new technology as a “force multiplier,” the announcement added. With the collected images from the readers, campus police will have the ability to run plate numbers into systems that identify stolen or wanted vehicles, tag expirations, suspended licenses, and for “individuals with criminal investigative interest,” according to the press release.

According to the university, parking services will not have access to the same information as UCFPD. But some students are concerned about their privacy and skeptical of the new system and who will have access to their Information.

Jonah Yonker, a senior computer science major, said he holds the same concerns of other students about who has access to their information and the possibility of abuse.

“I don’t like the thought of UCF knowing which parking garage I’m coming from at any given time,” Yonker said. “That sounds like a system where they could set it up and have great intentions, but it could be ripe for abuse.”

Yonker said the added safety measures are not worth the privacy risks.

The criticism against UCF’s no back-in policy is that it does more harm than good. Inconvenience for some drivers aside, safety while walking and driving inside of the parking garages is a concern reflected in the petition.

From trucks and other large vehicles being forced to back-out of cramped parking garages with considerable foot-traffic to students who simply prefer to back-in park out of protection from distracted and speedy drivers – many argue that the new policy doesn’t make drivers and pedestrians any safer on campus.

Heather Landers, the creator of the petition on change.org, cites a study by the National Highway Traffic Safety Administration (NHTSA) which argues that back-in parking has numerous advantages. According to the study, the NHTSA estimated that back-in crashes result in approximately 410 fatalities and 42,000 injuries annually. The NHTSA adds that of those involving pedestrians and cyclists, the numbers amount to 267 fatalities and 15,000 injuries each year.

But not everyone was against the new policies. Cory Goicoechea, a junior human communications major, said he thinks the added measures are a good thing.

“I think UCFPD is really taking strides to improve our safety on campus,” Goicoechea said.

Goicoechea said he already parks nose-in, so that wasn’t a concern for him. But said he believes this new system will help catch criminals and there shouldn’t be any privacy issues.

“I share the same sentiment as everyone else about advanced technology,” Goicoechea said. “I think there’s no problem with privacy, I think this is just about information.”

In a comment to Knight News regarding the growing petition, Student Government President Kyler Gray shared that he’s fully discussed the policy change with the
Director of Parking and Transportation Services, Chris Singh.

“We are fully committed to making this right for our students, I understand the concerns, and will advocate for all perspectives present in this debate,” Gray wrote to Knight News. Parking and Transportation Services will be lenient in this transition, but I ask that the members of our Student Body abide by this rule.”

Gray said he welcomes anyone with questions or concerns regarding the change to reach out to him directly.