An 8-year-old Australian Shepherd mix, Max, is currently being considered a “dangerous dog” after accidentally biting a woman who allegedly invaded his personal space without the owner’s permission, according to the story posted on the owner’s GoFundMe page.

His owner, UCF Foreign Languages alumnus Nick Shulte, wrote that while Max was still in his arms the woman put her face close to him, ignoring warnings from the dog, causing him to accidentally bite her while trying to move his head away from her face.

Max had been suffering from an ear infection during the incident on March 22, when the woman was found rubbing Max’s bad ear after being informed by the owner that he didn’t want to be touched, according to the GoFundMe page. Max was taken away from his home by Animal Control 4 days later and put into isolation, where he has remained for the past 2 months.

Shulte said that the person in charge of his appeal for Max was already preset on classifying him as dangerous.

“He never randomly goes up to anyone without my permission and the other person’s permission,” Shulte wrote in a Facebook messenger interview. “He’s always by my side even when he’s off a leash.”

He said that Max had been trained to help him during heart, panic, and anxiety attacks.

Max has long been a part of the Orlando community, Shulte wrote that he has met well over 50,000 people. The Central Florida Future did an article on Max at UCF in 2016.

“He’s well known throughout school as being a seriously well-trained dog,” Shulte said during the interview. “He’s not viewed as a pet but as my son and I feel at a loss without him.” 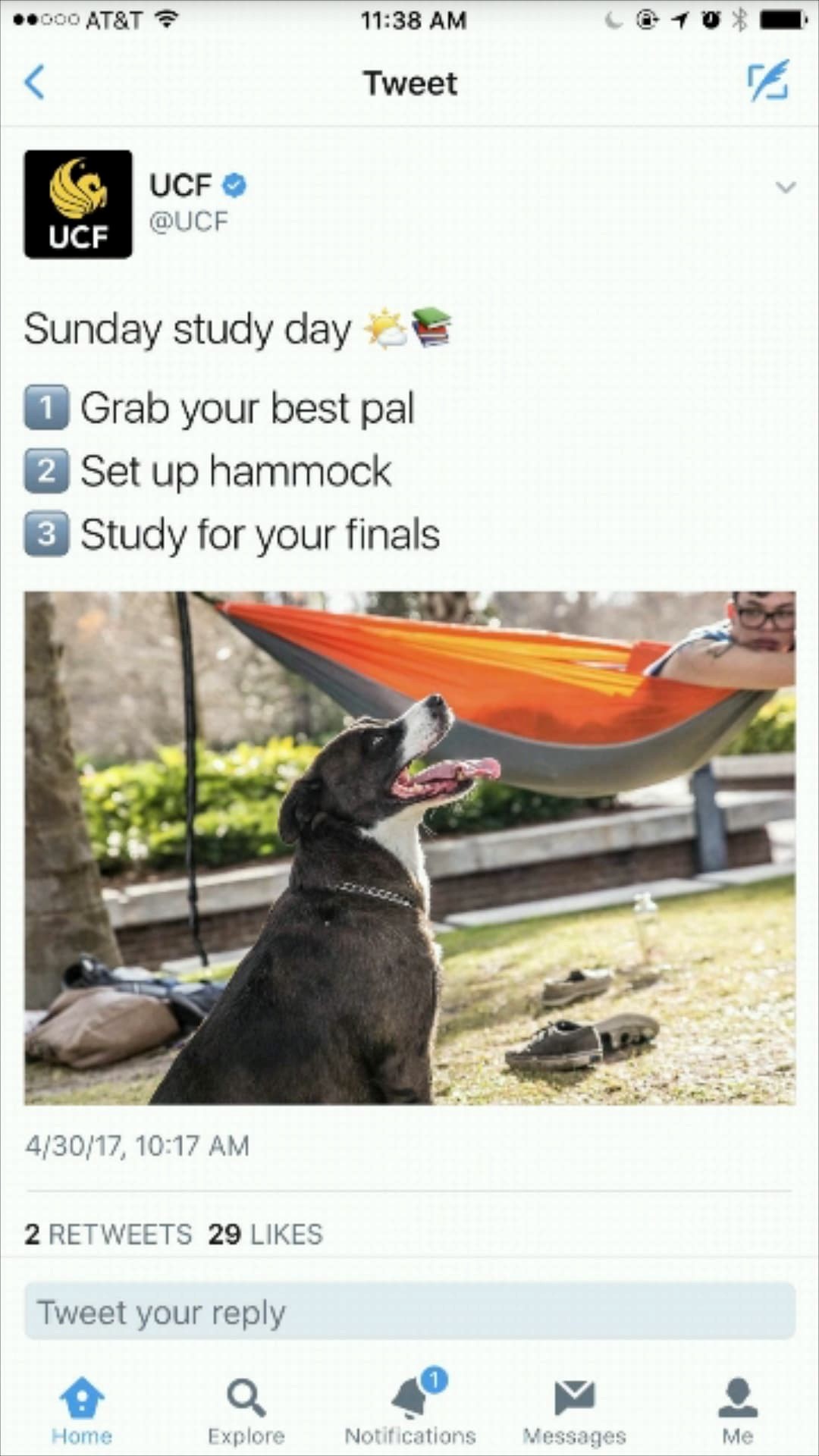 Max, pictured above, on UCF’s official Twitter page in April 2017