Broadcast yourself. These are the words that ultimately flipped the switch and turned YouTube from an average social media network to a multibillion-dollar entertainment platform.

When it was founded in 2005, YouTube was a means of uploading and watching funny videos of cats and kids. It was driven by passion, creativity and putting out content just for the sake of doing it.

Fast forward 14 years, where television is no longer the norm in a multi-screen, multi-platform world. YouTube has become a place where anyone can upload content, garner millions of views and subscribers and build themselves into a brand. Ask a child in 2019 what they want to be when they grow up, chances are they will say that they want to be a YouTuber.

YouTube CEO Susan Wojcicki said the service has over 1.8 billion logged-in users, not counting those without an account. What is it that implements such a large, faithful following and causes them to constantly click?

Making a connection. At least, that’s the simple way of putting it.

Billions of viewers turn to a familiar face through their screens for just about anything, whether it’s to fill a void of loneliness or to learn something new.

“Mukbangs” — eating shows that originally popularized in South Korea—depict someone chatting and eating large meals so the viewer doesn’t have to eat alone. Video tutorials teach users how to apply makeup or how to play an instrument just by the click of a button.

A Pew Research Center study states that because YouTube is easily accessible, one in five users feel that the platform is important for helping them understand what is happening in the world.

Ramisa Chowdhury, a psychology and English literature major, said that YouTube has made a great impact in her life.

“I started getting into YouTube my freshman year of high school and it’s weird to see how it has grown over the years,” Chowdhury, 21, said.

“It was so insane getting to meet them,” she said. “They were such sweethearts and I just felt immensely happy.”

Chowdhury brought lightsabers to pose with when she first met Dan and Phil on tour in 2016. She said they were fun and enthusiastic about it.

Chowdhury attended another tour two years later and brought the lightsaber photo for Dan and Phil, who remembered posing for it, to sign. She said she was incredibly shocked that they remembered that experience.

“It just goes to show that they genuinely care about their fans and make an effort to connect with them and that is something I will always love about them,” Chowdhury said.

On the flip side, YouTubers feel that same connection draws in loyal viewers. Reegan Fabian, a 19-year-old entertainment management major, started uploading YouTube videos when she was 12.

“I abandoned it because my life was getting busier,” she said. 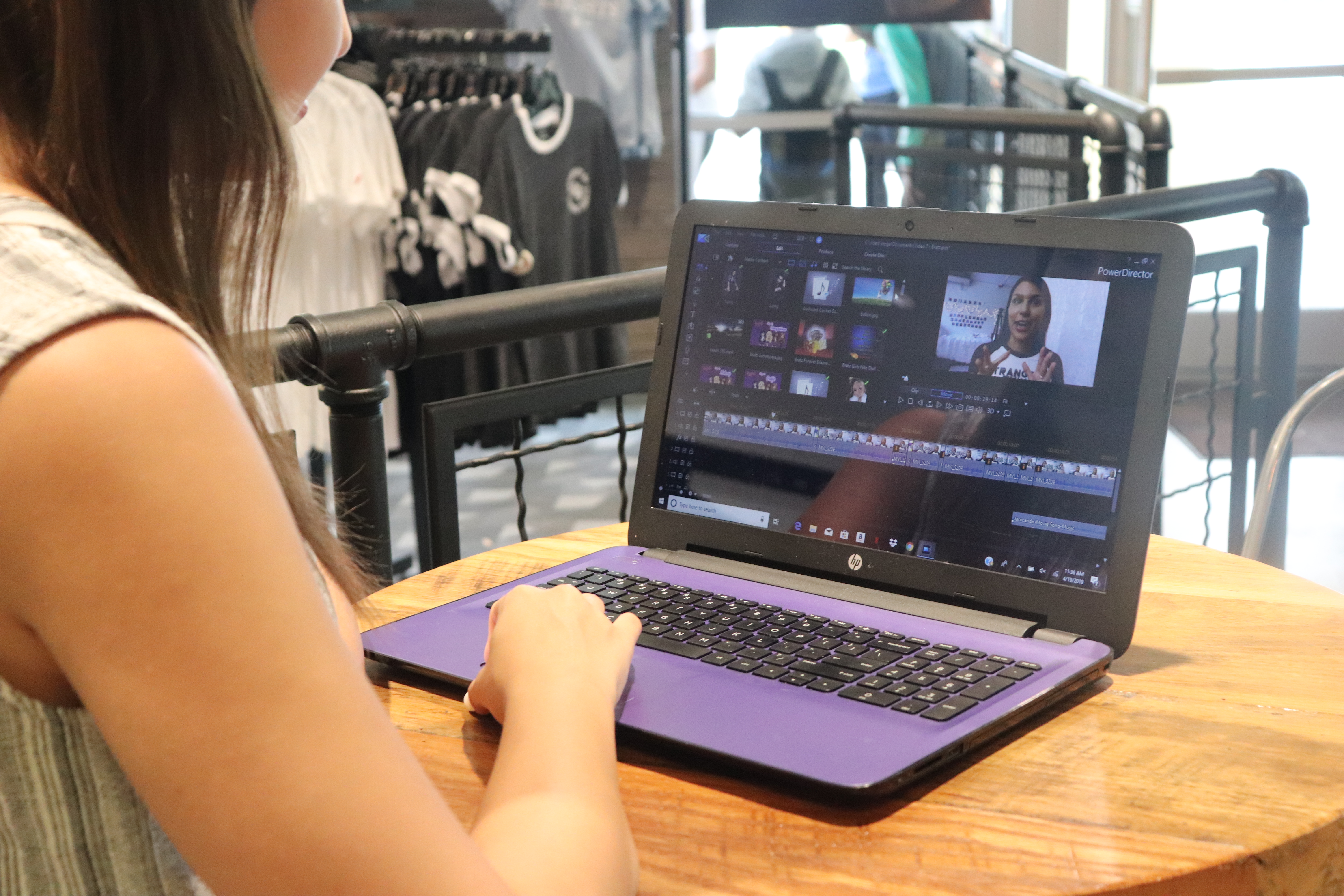 In summer 2018, she bought a camera and editing software and decided to restart her channel, which now has over 1,000 subscribers.

Fabian’s channel has a generally humorous undertone, with videos of her ranking red-carpet attire at the Golden Globes or guiding her viewers on how to treat themselves on Valentine’s Day.

Fabian said such ideas are spontaneous. They are usually unscripted, filmed in one sitting and can take over 10 hours to edit depending on the amount of footage she needs to go through.

As a full-time student who’s active in Greek life, Fabian claims that balancing YouTube with her college experience is difficult. She said that although school comes first, she pulls all-nighters to edit videos and tries not to beat herself up when things don’t go her way.

“I don’t half-ass anything. I want to do things right,” Fabian said. “I’m not going to upload something that I’m not proud of or wouldn’t want to watch.”

Fabian said that it is difficult to make it to the top and that it takes commitment.

Coughlin, a 19-year-old finance major and Gonzales, a 21-year-old nursing major, instantly clicked when they met last fall. They have gained over 12,000 subscribers since they created their channel in November 2018 and have also accumulated nearly 37,000 followers on Instagram, where they promote most of their content. They market themselves as two boys having fun, posting comedy skits and pranks.

Coughlin said that their channel grew quickly by word of mouth.

“We have merch, so we wear it around campus and people ask us what our shirts are about,” he said. “That’s how we plug the channel and get the word out.”

Because of their channel, Coughlin and Gonzales constantly get recognized on campus. Coughlin said it’s the best feeling because they want to be famous one day and eventually get paid for having fun.

Through their content, the GM Boys want to relay the message of living unapologetically.

“Have fun and do what you love. Don’t care about what people say,” Coughlin said. “With the GM Boys, we just want to make people’s lives better and give them a reason to laugh.”

Like the GM Boys, Fabian finds that authenticity in her content is what makes the most genuine connection with her audience.

“YouTube is about the special connections that you can’t make in [everyday] life,” she said.

She said she hopes her content inspires and sends out a positive message.

“If you’re struggling with who you are or your place in this world and you feel like you just don’t belong … one more day,” Fabian said, her eyes gleaming. “Just one more day. Say that to yourself every day because eventually, you’ll be on a path that you’re meant for.”