On Thanksgiving Day, the UCF Men’s Basketball team gave Knights fans something to be thankful for.

Led by Keith Clanton’s 28 points, which matched a career high, and 14 rebounds, UCF (3-1) was able to beat the College of Charleston, 74-63, at Imperial Arena in the Battle 4 Atlantis opener Thursday in Bahamas.

The UCF basketball team is no stranger to international play. During the offseason, the Knights took part in a three-game exhibition tour in Canada. Now, the Knights get the opportunity to play in Paradise Island, Bahamas on Turkey Day as part of the inaugural Battle 4 Atlantis.

UCF will continue the tournament against either defending national champion Connecticut or UNC-Asheville in the semifinals at 2 p.m. Friday.

“We are excited about the win,” UCF head coach Donnie Jones said in a press release from UCFAthletics.com. “That is a very good basketball team in College of Charleston. What a great basketball game to open up this tournament. We knew that it was going to be a tough battle. I am really proud of our team.”

In addition to tying his career high of 28 points, Clanton, a preseason All C-USA first team selection, posted three blocks, two steals and shot 12-of-17 from the floor. Clanton also went over the 500-career rebound mark, becoming just the 11th player in school history with at least 500 boards.

College of Charleston was led by forward Trent Wiedeman’s 19 points and five boards. Andrew Lawrence contributed a double-double with 14 points and 10 assists.

The Knights were able to pull away late in the game thanks to a 11-2 run with 5:55 remaining in the contest that ultimately allowed them to build a comfortable lead and secure the victory.

UCF was finally to end some of its early shooting woes, going 28-for-56 (50 percent) from the field in the game, as well as 42 percent from the three-point line. The Knights limited the College of Charleston (3-1) to 41 percent (21-of-51) shooting in the contest.

The Knights will continue the three day, eight team tournament on Friday on national television (Versus). 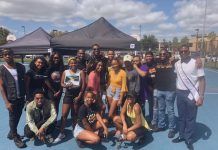 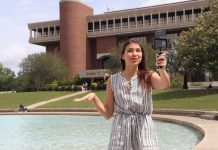