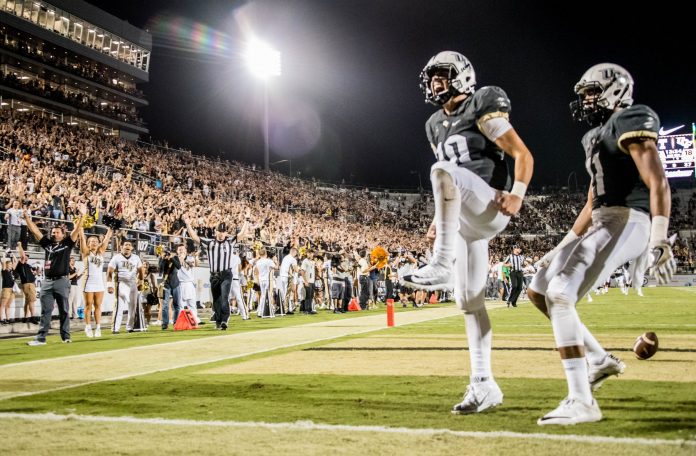 The University of Central Florida Knights (4-0,1-0) defeated the University of Pittsburgh Panthers (2-3, 1-1) 45-14 Saturday at Spectrum Stadium. UCF’s defense played strong, they held the Panthers scoreless throughout the first half. Late in the fourth quarter Pittsburgh’s quarterback Kenny Pickett threw a 58-yard touchdown to wide receiver Maurice French for their only offensive score of the game.

The Knights pass defense was sharp today only giving up 163 passing yards. Free safety Richie Grant had a second quarter interception, his third of the season. The defense was also able to get to the quarterback for three sacks.  Nate Evans finished the game with a career high 11 tackles to go along with his first career half-sack. Randy Charlton also got his first career sack in the first quarter.

The Knights defense will be tested next week when the SMU Mustangs come to Spectrum Stadium.