UCF improperly transferred nearly $100 million and key players are refusing to cooperate, the lead investigator into the misspending revealed at a Board of Governors meeting in Tampa, Thursday.

Joey Burby the lead investigator with Bryan Cave Leighton Paisner law firm – hired by the Board of Governors to investigate the misspending – said many of the witnesses who would have the most information are not cooperating with the investigation. Those include former presidents, John C. Hitt and Dale Whittaker, former Provost Tony Waldrop, former CFO “William Bill” Merck II, former associate vice president for finance, Tracy Clark and former associate vice president for facilities and safety, Lee Kernek.

“There is no question that the lack of cooperation from these individuals will hinder the investigation and in some cases prevent us from fully ascertaining how the capital projects, which I’ll be discussing shortly, came to be improperly funded,” Burby said.

“This is a perfect example why that’s critical,” Cerio said.

“We have taken extensive measures to ensure we appropriately spend our money,” UCF spokesman Chad Binette said in an email. “These preliminary findings and our ongoing conversations with the Board of Governors will help us develop the strongest checks and balances and restore trust. We support the Board’s investigation, and we remain committed to full cooperation and transparency.”

Burby said they are investigating projects that exceeded $2 million, improperly funded with Education and General funds between July 2010 and Dec. 31 2018. The amount was chosen in part because there was a belief by some UCF officials that E&G funds under $2 million could be used in certain construction projects, Burby said.

UCF paid the Bryan Cave law firm over $1 million so far for the investigation, which is being conducted under the Board of Governors’ direction, Binette said.

Burby said UCF considered to repay some of the funding that was transferred for one of the downtown projects, but none was actually repaid. This could indicate possible knowledge that it was inappropriate.

The investigation is still ongoing and it’s not clear yet how much of the money transferred was actually used. Burby said they will do a “deeper dive” into each of these projects, and his final report should be completed in time for the upcoming Board of Governors meeting on Aug. 28 and 29.

Board of Governors Vice Chair Sydney Kitson, asked Burby how confident he is “that we will be able to get to the bottom of this?”

“To be brutally honest it’s going to be difficult to understand how some of these decisions were made when the people in the room making them are not speaking to us and we don’t have the ability to compel them to speak to us,” Burby said.

CLARIFICATION: This article has been updated to clarify that Joey Burby was hired by the Board of Governors, and a statement and information from UCF was added. 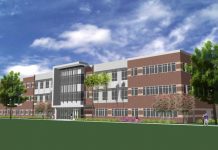