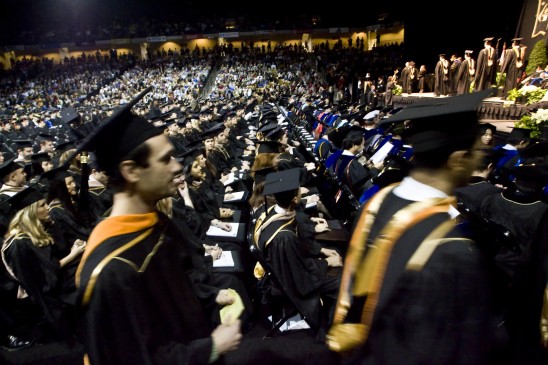 The “spread of misinformation” and “high traffic volumes” sent the Selective Service System website crashing Friday and prompted FAFSA to ease students’ fear of a draft on Twitter.

“Due to the spread of misinformation, our website is experiencing high traffic volumes at this time. If you are attempting to register or verify registration, please check back later today as we are working to resolve this issue. We appreciate your patience,” the Selective Service account tweeted Friday morning.

The wave of concerns came shortly after the White House announced that Qasem Soleimani, the leader of Iran’s Revolutionary Guards’ Quds Force, was killed in Baghdad by a U.S. airstrike ordered by President Donald Trump, according to a Thursday statement by the Department of Defense.

Soleimani — Iran’s top security and intelligence commander — was responsible for hundreds of American deaths, and was actively developing plans to attack American diplomats and service members in Iraq and throughout the region, according to the statement.

“The United States will continue to take all necessary action to protect our people and our interests wherever they are around the world,” the statement reads.

Trump accused Soleimani of “plotting imminent and sinister attacks” toward American diplomats and military personnel during a Friday press conference.

Despite the President later reassuring that the strike was intended to prevent, not start, a war, concerns lingered over the possibility of Iranian retaliation — as did the hashtags #WWIII and #FAFSA in the following hours.

Google Trends also showed a spike of searches on the words “US Draft” and “FAFSA” on Friday.

Registration with the Selective Service System, an agency that collects and maintains information on possible draftees, has been required by the government since 1940.

“The agency manages a national database of Selective Service registration records, which is one of the essential prerequisites to its readiness requirement to conduct a draft”, according to the 2018 Annual Report.

All men ages 18 to 25 residing in the U.S. are required to register with the agency. Registration is also mandatory for men to receive federal financial aid.

“Under current law, women serve voluntarily in the U.S. Armed Forces, but do not register with the Selective Service System,” the 2018 Annual Report reads.

Seven months before an individual turns 18 years old is the earliest the Selective Service will accept a registration form — around the same time students typically apply for financial aid.

The U.S. Department of Education’s Office of Federal Student Aid, more commonly known as FAFSA, took to Twitter to reassure students that a draft is unlikely, and would be required congressional action before being instituted.

“We know there are questions on this…registering with Selective Service has been a longstanding requirement to receive federal student aid/a federal job,” the tweet reads. “However, the U.S. military has been all-volunteer since 1973 & Congress would need to pass a new law to institute a draft”

The U.S. has not held a draft since 1973, near the end of the Vietnam War, according to the Selective Service website.

Between 1964 and 1973, 2.2 million men were drafted into the conflict from an eligible pool of 27 million men, according to the University of Michigan.

Draft registration was suspended in 1975 and the Selective Service System entered a deep standby until 1979, when it began upgrades for rapid mobilization in an emergency, according to its website. The draft registration requirement was resumed in 1980.

Registration can be completed online or a form can be filled out and mailed in. For more information, visit the Selective Service System’s website.