When Kappa Sigma brother Nick Pena traveled to New Orleans for a fraternity conference last weekend, he and his brothers probably had hardly anything on their minds but saving their fraternity’s chapter at UCF.

But before he and his brothers finished their drive back to Orlando, they ended up saving something more than a fraternity chapter — they saved a man’s life.

“It was raining really bad,” Pena told the Daytona Beach News-Journal, after he noticed a vehicle crashed in a ditch through some trees on I-75, just south of I-10. “I stopped the car and ran over to the (crashed) car.”

When he arrived in those woods he found a horrific scene. A 2008 Ford Edge had smashed into a tree. An entire family inside was screaming, including a little baby girl.

“The first thing I did was I grabbed the baby and I told the mother to follow me as I took them to our car,” Peña told the paper.

But the worst injury appeared to be to the girl’s grandfather, Melvin Ascott. His teeth were knocked out, his face was covered in blood and his arm was severed above his bicep.

“He kept saying, ‘I need an ambulance. I am hurt,’ Pena told the News-Journal.

That’s when Pena grabbed his brother, Chris Dowda’s, belt and tried tying it around the man’s arm to stop the bleeding.

Like us to get news like this on your facebook feed, & possibly win an iPad! At that point, another Kappa Sig brother, Joshua Frost, 21, grabbed a t-shirt and another man grabbed a screwdriver. Pena used the tools to make a tourniquet around the man’s arm to slow the bleeding.

“We had a blanket over him because he was going into shock and I used part of the blanket to put pressure where the arm was severed,” Peña told the paper. “I kept telling the gentleman that everything is going be OK. I kept talking to him until the ambulance got there 10 minutes after the 9-1-1 call and the EMTs took over.”

The four UCF students even helped paramedics find the man’s missing arm 20 feet from where that SUV smashed into the tree.

Ascott was rushed to Shands Hospital in Gainvesville. He survived.

Pena was called a hero in the Daytona Beach paper, but friends say he’s not asking for attention.

“Nicholas is very humble about it but he deserves the attention because what he did is so positive,” Frost told the paper.

As for Pena, he told the paper, “I am just glad we saw the car on the side of the road. Once we got to it, I was glad that I was able to do what I did.”

KnightNews.com is working to update this story with more information. Check back later for more details. 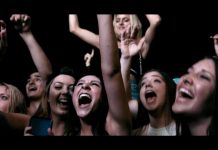