A group of football players hoping to make it into the NFL got a scare from what they thought was a gorilla at Disney’s Wide World of Sports.

The NFL prospects were getting ready for next week’s NFL Scouting Combine at one of the most popular camps, run by Tom Shaw in Orlando.

According to WSBTV Channel 2 Action News, earlier in the day, before the man in a gorilla suit jumped out at them, the players were told gorilla had escaped Disney’s Animal Kingdom.

The players got a scare and went running, only to see the gorilla take off his head moments later.

UCF alum Corey Hogue appeared on ESPN2 Monday just before noon to talk about the prank, earning some national exposure before the Combine. 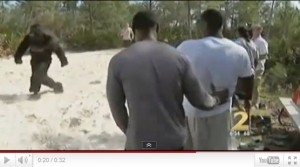 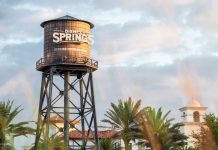 Walt Disney World Adds Even More Magic During the Holidays