According to the sources, Houston died at the Beverley Hilton Hotel.

Houston was  nicknamed the “Queen of Pop” and one of the most successful artists of her generation. She won two Emmy Awards, six Grammy Awards, and 22 American Music Awards during her career.

With over 200 million albums sold worldwide, the death of Houston is a tragic loss for the music industry.

Whitney Houston was known for her great music including award winning hits like “I Will Always Love You” and her many chart topping albums. In 1991, just days after the United States entered the Persian Gulf War, Houston sang what is considered one of the best renditions of the Star Spangled banner in sports history at Super Bowl XXV.

In her later years however,  Houston became more known for her drug abuse and relations with Bobby Brown. Her 2010  “Nothing But Love World Tour” provided nothing but struggling vocals and a visibly battered Houston.

Fans of Whitney Houston tend to remember her earlier years and her lasting impact on the world of music.

Houston is survived by her child Bobbi Kristina.

Knightnews.com will update you with any news regarding her passing. 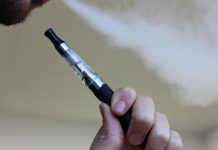 Houston Scouting Report: Ranked Opponent Brings Mismatches Across the Board