The 2012 Greek Sports Cup champions have just been announced. 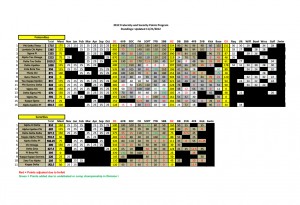 Rounding out the top three fraternities were Lambda Chi Alpha, with second place, and Sigma Pi, with third.

Click next page to view the point breakdowns for all sports.