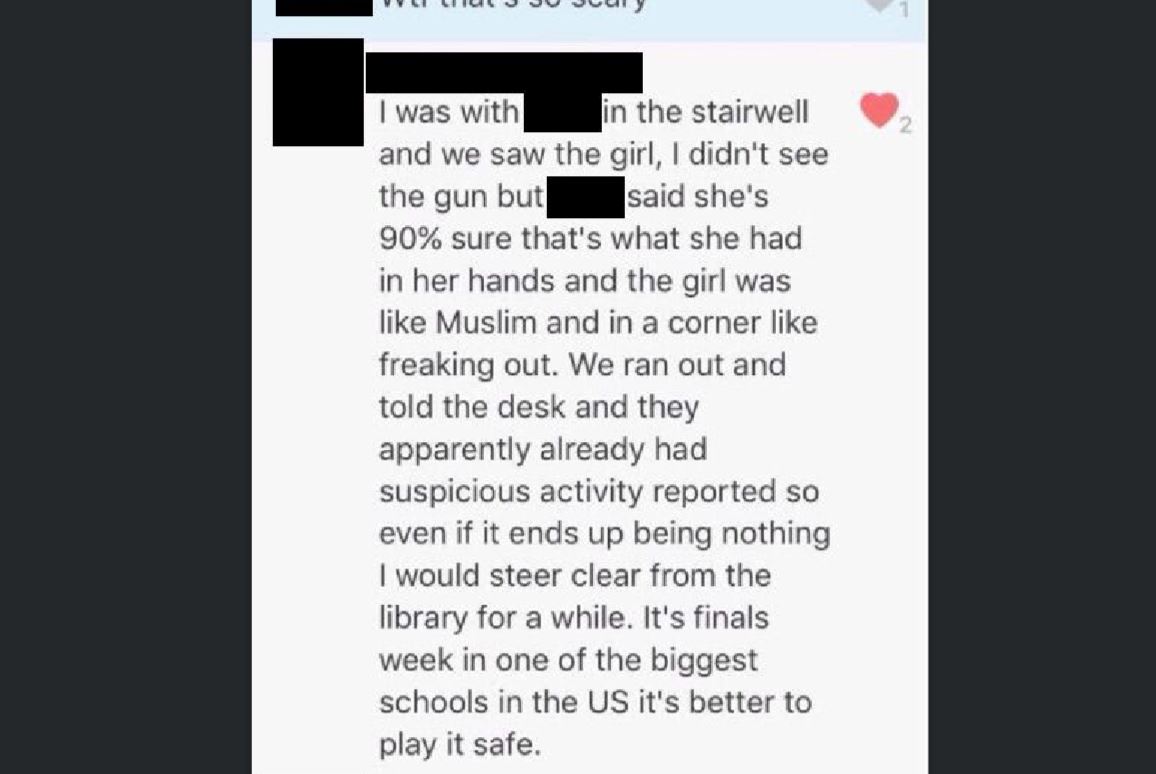 The UCF Police Department has released the emergency calls related to yesterday’s alert of a possible gunperson in the library.

But other students who were in the library at the time of the incident recall seeing a woman wearing a hijab praying with a Quran in her hand.

A statement released by Chief Richard Beary explained the reasons for the police response and that “those on campus can expect increased police presence over the next several days” while authorities continue to investigate the incident.

“[A] social media post about a person with a gun inside the UCF Library was brought to UCF PD’s attention,” the statement said. “Multiple calls to UCFPD followed, some of which described a person of Middle Eastern appearance, possibly a woman, having a gun in the library … Officers reached the library within minutes, and they went from floor to floor searching for details matching the tips police received. Ultimately, no gunwoman or suspicious activity was found.”

It continued: “I am proud of students who had the courage to report what they considered at the time to be suspicious activity. I am also pleased with officers’ swift and thorough response. Most of all, I am grateful that nobody was hurt.”

The social media post mentioned in the statement refer to a conversation on the texting app GroupMe, which was shared with press to clarify speculation that the post was from Facebook. In one call, a dispatcher asked a student to send screenshots to police over e-mail.

“[W]e saw the girl, we didn’t see the gun but (redacted) said she’s 90% (sic) sure that’s what she had with her hands and the girl was like Muslim and in a corner like freaking out,” the text said.