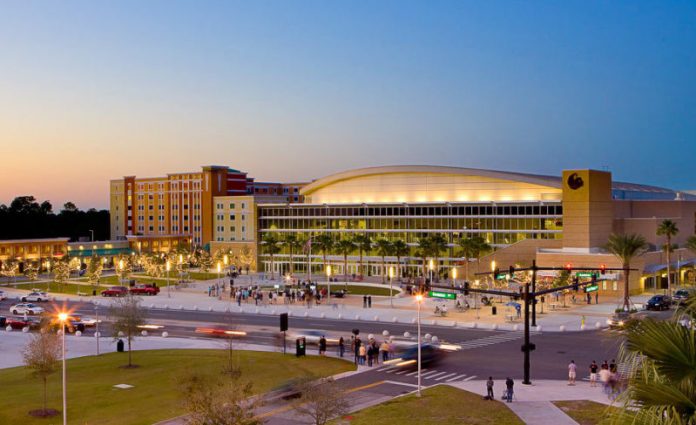 The University of Central Florida’s on-campus arena – CFE Arena – has ranked second among all university venues nationally by Venues Today Magazine with a capacity of 5,001-10,000.

The new spot at second place brought up the arena from fifth place last year and an eighth consecutive spot on the list year after year. Rankings are based on gross event revenue for the 2016 event season (December 1, 2015, through November 30, 2016).

“We have another very successful year planned for 2017 to celebrate CFE Arena’s 10th year on the campus of the UCF, and look forward to providing quality entertainment for the Central Florida community in the coming years.”