The Black and Gold (23-11) defeated Illinois State (28-7) 63-62 at Illinois State to proceed to the farthest any Knights basketball team has made it to the postseason.

Illinois State was the No. 1 seed in the division with UCF at No. 4 – the Redbirds automatically qualified for the NIT as regular season conference champions.

On Wednesday night, UCF stole the show in a fourth quarter finale, and, on a free throw shot made by sophomore B.J. Taylor, the Knights would claim victory.

Watch UCF Athletics history unfold on Wednesday, March 22, at 7 p.m., where the NIT Quarterfinals will take place at CFE Arena.

This is a breaking sports story. Stay tuned for a game recap.

The University of Central Florida Men’s Basketball team has claimed their first-ever victory in the National Invitation Tournament.

The Knights led from the beginning of the first half through the end of the game, only tying once in the second, where Colorado pushed for a lead.

As game time closed and the Buffaloes lineup brought the contest within one score, personal fouls gave Johnny Dawkins everything he needed to hold the board in favor of UCF. Twenty-four personal fouls allowed the Knights to call in seventeen points off of thirty-two attempts.

On Wednesday night, star players B.J. Taylor and Matt Williams once again pushed UCF one win further and another game farther into the post-season. Dawkins cautiously approached the field of play as Colorado began to narrow the score with well-placed three-pointers with pressure on keeping fouls to a minimum – only six free throw attempts were conceded through the match – and the ball in UCF’s hands while the clock ran out.

The National Invitation Tournament continues with the winner of the Illinois State versus UC Irvine at 9:30 p.m. EST. Both teams automatically qualified for the tournament as conference champions. 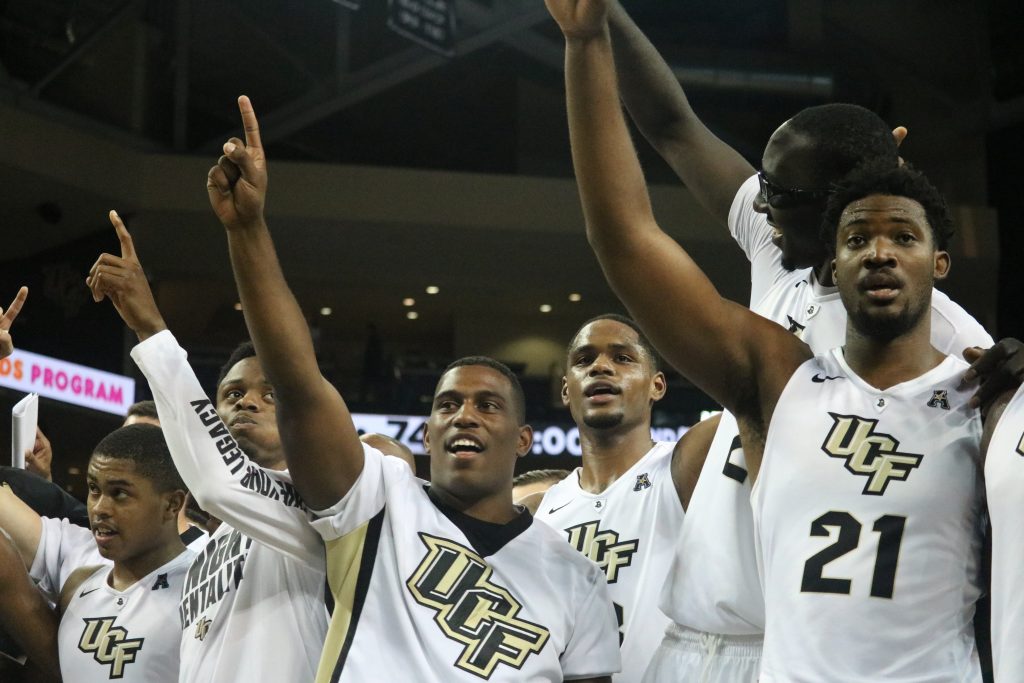