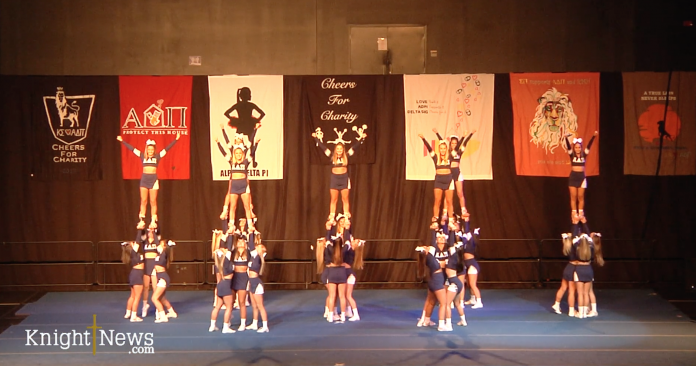 The Venue at the University of Central Florida was packed tonight as Alpha Delta Pi hosted its annual Cheers for Charity philanthropy competition.

The competition within Greek life raised over $30,000 for the Ronald McDonald House, according to Alpha Delta Pi.

Knight News was there to capture videos of all the chants, cheers and stunts.