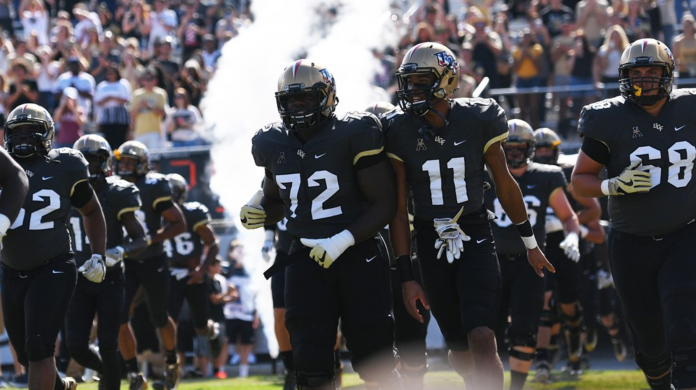 ORLANDO, Fla. – For the second consecutive season, UCF is staring down the barrel at the potential of losing their allotted bye week in a wicked act of unfortunate circumstance.

In 2016 the Knights played a makeup game against Tulane in the tenth week of the college football season after a last-minute scratch in the shadow of Hurricane Matthew; in 2017 the program is in aggressive pursuit of adding a make-up game resulting from Hurricane Irma’s far-reaching influence.

“We’re working really hard to try and find an eleventh game,” insisted UCF Athletic Director Danny White last week. “I don’t want this team – they’ve worked too hard – they deserve to play at least eleven. We’re exhausting all options. We want to make sure that we get an eleventh game, and we’re working, we have a lot of irons in the fire trying to figure it out.”

The idea that UCF could replace that bye week does seem to be more and more of a concrete eventuality than a marginal pipe dream, but as fans in Orlando know all too well, nothing is certain until your opponent takes the field. With the hope slowly emerging for another game gaining ground as an eventuality, the program has begun to mentally steel themselves for the challenge ahead.

“It’s not ideal,” said Head Coach Scott Frost about the potential change. “I liked where our bye week was when I saw the schedule came out.”

“The good thing this year compared to last year is that last year the bye week got changed on us last minute, so we didn’t get a chance to give our kids any time off. There was no time to recover physically, there was no time to get rested, the one benefit this year compared to last year is these guys had about five or six days off. That should help us. We’re going to have a long stretch here of ten straight games – hopefully, if we get another game scheduled.”

Challenging or not, there isn’t a player or coach on the team who would tell you that they would rather turn in for an extra week of rest than fit an opponent, any opponent, into the mix. The benefits of getting in the game are huge for every square inch of the program, even beyond the hashmarks.

Playing an eleventh game that week brings back suspended players Nevelle Clarke and Tristan Payton back a week earlier. It appeases season ticket holders to some extent for the loss of the Georgia Tech game. An eleventh game also provides an outstanding opportunity to further another run at bowl-game eligibility.

There’s just one place off the field that the game might hurt – recruiting. Coaches normally take that time to do some of their more extensive in-season recruiting, visiting kids that are far from local and checking out a couple of games. It’s

“We’ll have to get out on a Thursday afternoon or a Friday night and go see some games,” said Offensive Coordinator Troy Walters on making up the time. “So, we’ll make adjustments and keep rolling, but first and foremost, we’ve got to win games,” he continued.

Defensive Coordinator Erik Chinander had similar comments about the situation, and added on that the proximity of UCF’s heavy in-state recruiting focus is a huge boost for situations like this.

“Obviously we couldn’t go out during the hurricane, all the schools were closed so you’re going to lose a week on the road for recruiting, but fortunately being in the state of Florida, most of the players that we want come from the state of Florida, so we can get a lot of them here to a lot of our games,” Chinander explained.

Nothing is a better teacher than experience, and for the Knights, Hurricane Matthew’s stopover during the First Frost is keeping anyone from hitting the panic button.

“That’s a little bit above my head right there,” admitted Chinander. “It’s for the head coach to have a plan and I know he’s going to have a great plan for us moving forward. He’s been in situations like this where we play a lot of games in a row, some of us have been to the NFL where sometimes you play twelve games in a row. To me, I don’t really care. I don’t really care when our bye week is, I don’t care if we get one, I just want to play.”

For now, we can only wait for official word on the status of UCF’s scheduled bye week, making for what could be a very important lazy Saturday in October. 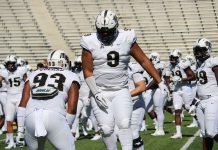 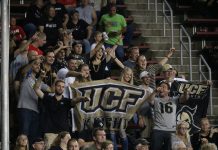 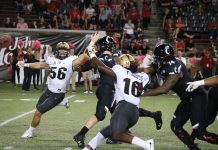