KnightNews.com
Home Sports Football UCF Returns to the Field as a Stronger Unit after Weathering Hurricane... 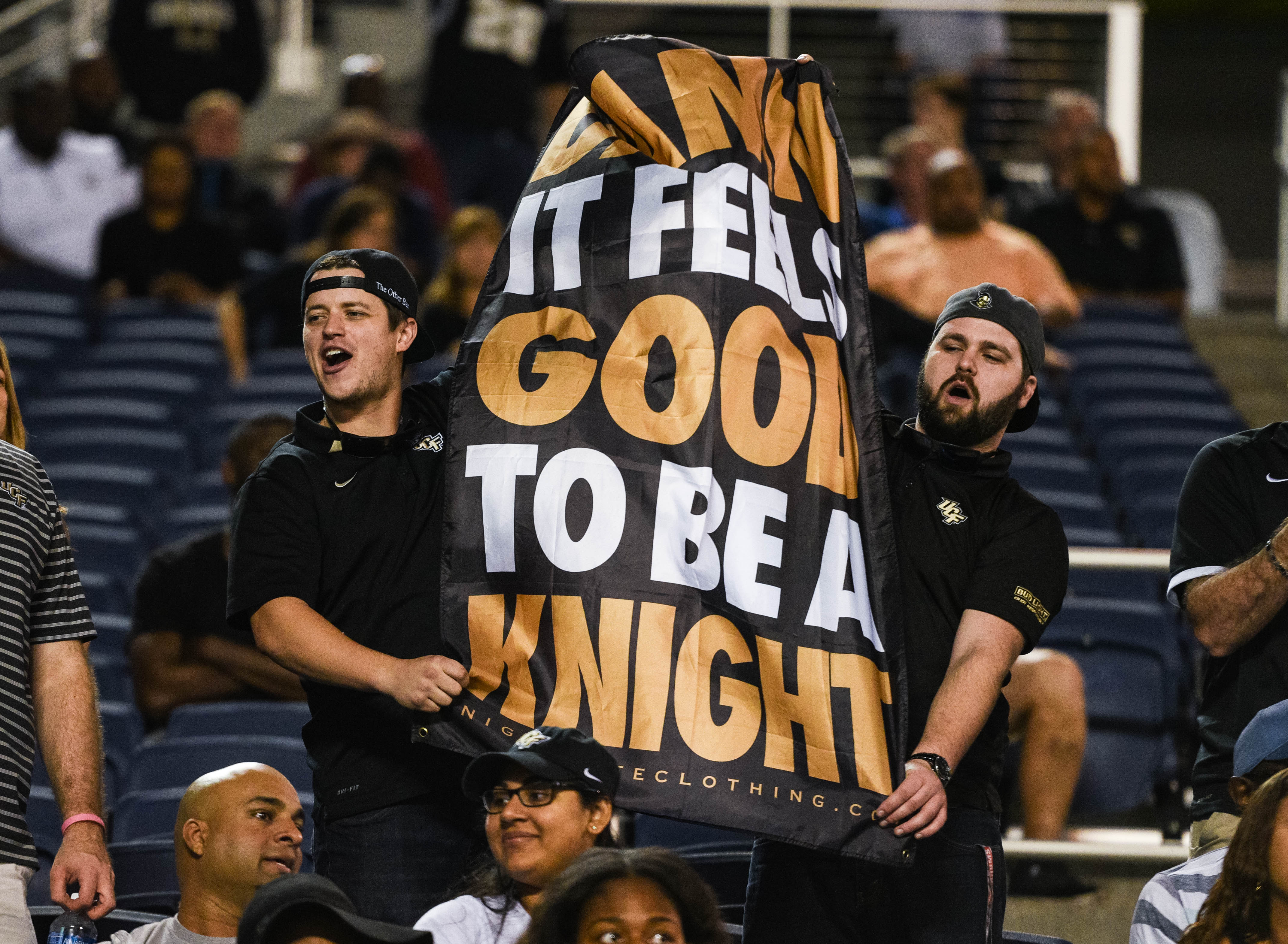 ORLANDO, Fla. – It has felt like an eternity without football in Central Florida, existing in strange paradox where UCF fans were forced to the sidelines to watch as the college football season rolled right along without them. Even the other teams affected in week two were able to get back to a semblance or regularity with relative quickness, but circumstances called for a longer pause in Orlando.

Finally, with the community well on the road to recovery from Hurricane Irma, the Knights are back to focusing on the gridiron.

“Well it’s early, but Monday felt like Monday for the first time in a couple of weeks a day felt like it’s supposed to feel,” said Head Coach Scott Frost. “Players responded well, I thought they came out and practiced really well today, so hopefully we’re taking the first step to getting back to a regular schedule.”

Thursday and Friday were both days to shake the rust off, regroup and begin the process of mentally locking into the process again before taking the weekend off. It was the first football UCF had really sniffed since the Friday’s pregame activities leading into the cancelled.

Memphis game, but not the first time they had progressed as a team in that time span.
Helping alongside the National Guard, hunkering down together in the dorms to outlast the storm of the century, filling sandbags and working at the food bank – the Knights jumped at the chance to be productive in some fashion without football.

“We had a number of guys here and a good piece of the team here, we didn’t want to sit on our hands and do nothing. We lifted both mornings and then we went and did things and then our players really answered the call. We didn’t make it mandatory but we told them we had some opportunities to go out and help people in the community and the guys responded in force,” said Frost.

“I was with the group that did sandbags and most of those guys worked hard, hopefully, we made a little bit of a difference there. Sounds like they really worked hard at the food bank. Those are two small things, but when people are hurting and when there is damage in the area, we have an army of guys here and we’re going to be looking for ways we can help.”

Hurricane Irma afforded one of those rare moments when the pulse of the city around you trumps even the most sacred of days, a college football Saturday. It gave the opportunity to do better for the community, to strengthen the bond between the University of Central Florida and the city that supports it.

The benefits from such altruistic actions flow both ways in situations like this. Chemistry, camaraderie, and confidence are all birthed from moments like this.

“Anytime you can go do something as a team that doesn’t have to do with football, I think it helps you,” he insisted. “Watching those guys work together, filling sandbags, was fun for me. Seeing which guys were working hard and which guys were helping each other, all of those things bring your team closer together. This team we have this year, I think is going to respond to any curveballs that are thrown a lot better than our team last year, and a lot of it has to do with how close-knit these guys are.”

Maryland will be the perfect test, a redemptive shot at the team that brought UCF to its knees in a dogfight of a game, winning in overtime after stopping McKenzie Milton in his first start. This weekend, we find out if the bonds built during a category five storm are strong enough to withstand a favored Maryland team. 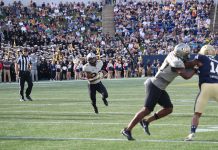 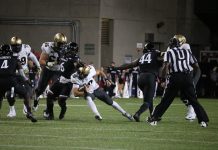