KnightNews.com
Home News UCF moves up to No. 9 after Gators fall to Georgia 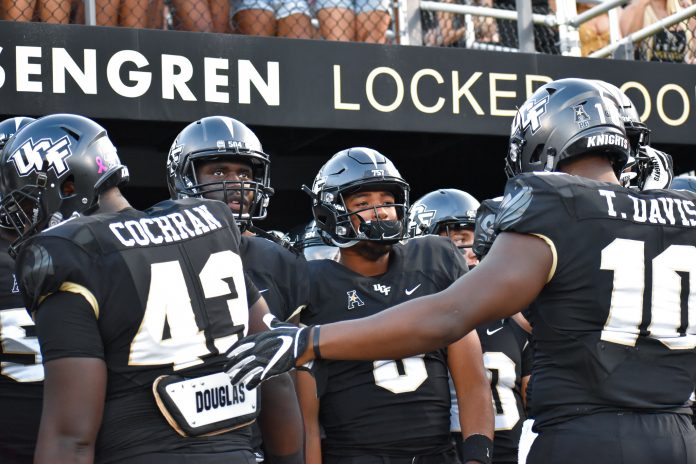 The Knights moved up on their bye week one spot to No. 9 in the AP-25 Poll and back to No. 9 on the Coaches Poll as Florida dropped to No. 13/14, respectively, over the weekend.

The Gators’ rise through the rankings saw them fall nearly as fast – the title of ‘Best in the State’ would still be between Florida and UCF, who holds a higher position despite having yet to face the Bulldogs.

Georgia pummeled Florida in Jacksonville on the neutral field, holding the in-state team to nothing in the first quarter and one score in each of the remaining three quarters. The Bulldogs secured their No. 6 spot once sixth-place Texas left the top ten with Oklahoma State and a 35-38 finish to blame.

Ohio State, however, moved up three spots to No. 8 in both polls not only during their bye week but coming off an embarrassing road loss to 3-3 Purdue.

UCF sat out last weekend but will prepare for Temple at home on Thursday at 7:30 p.m. on ESPN. Milton’s status for the game is still unclear. The junior rested through the ECU game which finished 37-10 with Darriel Mack at the helm.