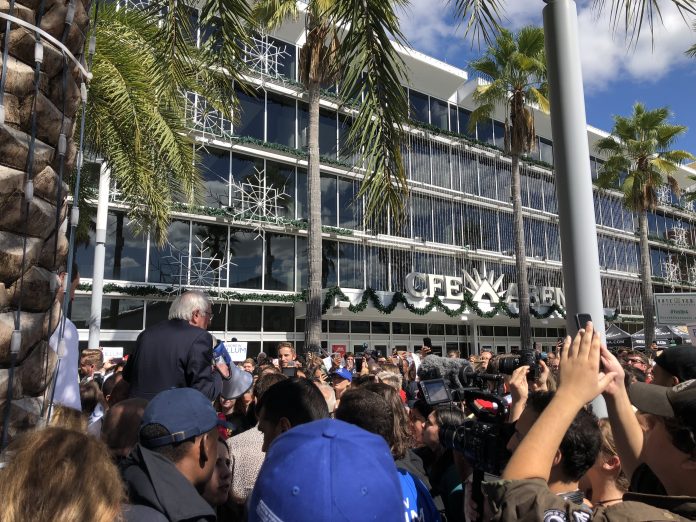 “This is what democracy looks like,” shouted the large crowd that Sanders led over to University Of Central Florida’s Live Oaks Event Center where early voting is taking place.

Sanders, running for reelection into the Senate, was at UCF today speaking in support of Democratic gubernatorial candidate Andrew Gillum.

“If the young generation comes out and votes at the same level as other people in this country, you’re going to transform Florida and transform America. Right now we have the opportunity to cast a few hundred votes for Andrew” Sanders said.

“We need to vote right now,”Guillermo Smith said to rally the crowd as he proceeded to walk alongside Sanders to the early voting center on campus.

Students on campus certainly seemed to be feeling the “bern.” Christaine Butin, a UCF student, who attended the march said “it’s in the best interest that young people do their research thoroughly to know what they want in a candidate.”

The Live Oak Event Center at Ferrell Commons, will hold early voting through Sunday, November 4th from 9 am through 7 pm.

Mayor Gillum, will be campaigning on UCF’s main campus this weekend with several high profile democrats including Valarie Jarrett and Common.