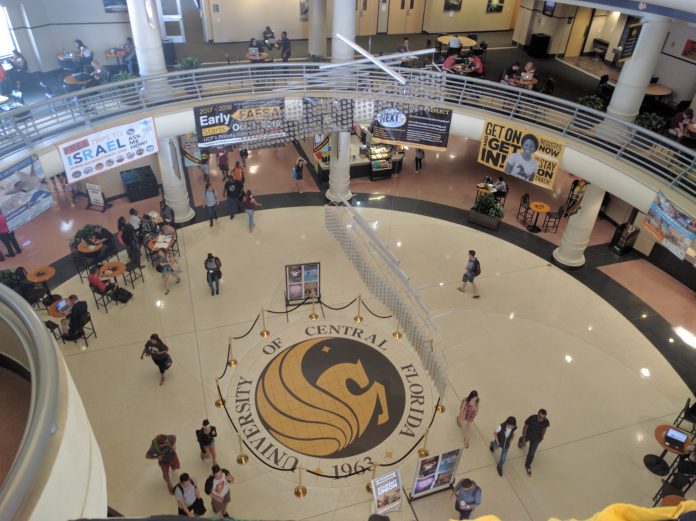 University of Central Florida liberals and conservatives are making a final effort to appeal to students on campus before the polls close tonight.

Outside the student union the UCF College Republicans have set up a Socialism kills banner depicting how many people have died under socialist systems.

Across from the College Republicans, March for Our Lives is giving away shirts and information about Amendment 4, also known as the voting restoration amendment.

“This amendment restores the voting rights of Floridians with felony convictions after they complete all terms of their sentence including parole or probation, according to Florida’s Division of Elections website. “The amendment would not apply to those convicted of murder or sexual offenses, who would continue to be permanently barred from voting unless the Governor and Cabinet vote to restore their voting rights on a case by case basis.”