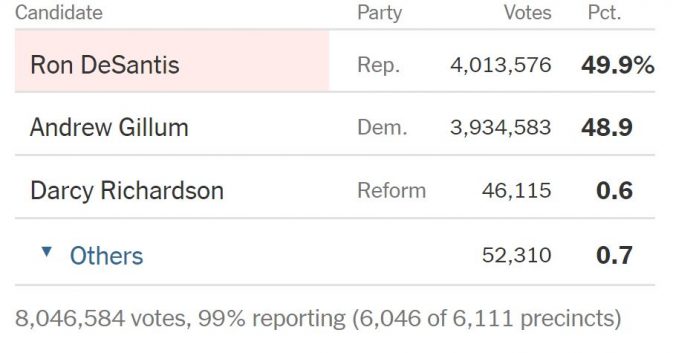 The Florida governor’s race held on to the wire from start to finish and it would be Ron DeSantis who claimed one of the United State’s biggest tossups. DeSantis served as a former U.S. Representative for Florida’s 6th congressional district.

Florida Governor Rick Scott served in the position for two terms (the maximum allowable) as DeSantis and Gillum then campaigned to take Scott’s place. Gillum held a small lead before DeSantis took over the majority after 50% of votes were reported in across the state. As the final votes were tallied, DeSantis broke away from Gillum to claim victory with a margin of 1%.

Read more about UCF students and the midterm elections: