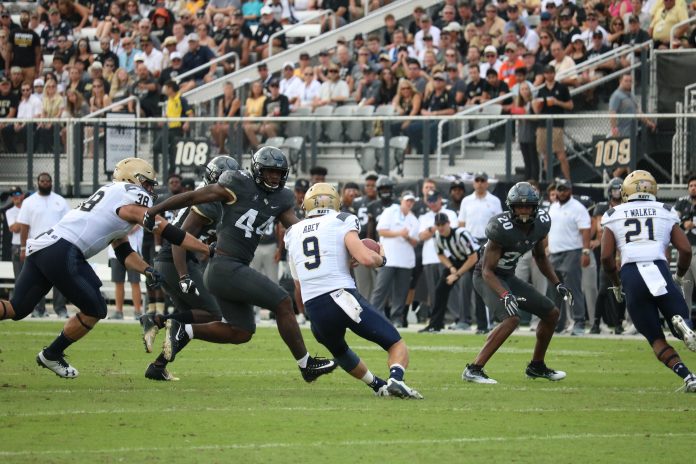 Was UCF’s 35-24 win over Navy impressing enough to the CFP committee to consider moving UCF up in the rankings this week?

The first half sure looked like the Knights were on their way to doing just that.

The Knights scored 21 points and the defense held Navy to only 3. The Knights defense very uncharacteristically played great in the first half and completely fell apart in the second half.

UCF gave up more points in the second half, giving up 3 touchdowns to the Midshipmen. Wrapping up and filling big holes on the defensive line continue to plague the UCF defense as teams continue to expose their run defense. Allowing Navy to score 24 points after Cincinnati shut them out 42-0 the week prior means it is not looking good for the Knights in the eyes of the CFP committee.

College football fans continue to hear about passing the eye test when it comes to teams performances out on the field.

With the struggles on defense, the Knights were still able to hold off the Navy Midshipmen 35-24 as they further their winning streak to 22-games.

Stay tuned for a full recap of the game.