KnightNews.com
Home News CFP Chair Explains Why UCF Remains at No. 12 in Ranks After... 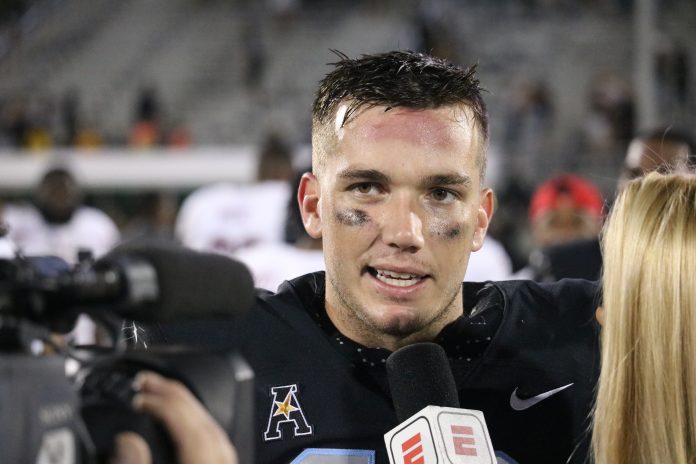 The University of Central Florida remained at No. 12 in the College Football Playoff rankings released Tuesday night.

CFP Chair Rob Mullens explained why UCF remained at No. 12 on a conference call after the rankings were released, reported by Saturday Down South.

Q: I’m asking about UCF in terms of last week the strength of schedule was a knock, but how the committee viewed Thursday night’s Wednesday over Temple in relation to the eye test.

Mullens: Sure, great question. Obviously they have a powerful offense. McKenzie Milton continues to lead that powerful offense, but when you watched their game last week you could see the defensive struggles. They gave up nearly 700 yards to Temple. Again, that is a piece of it. Strong offense, struggling on defense.

Randy Shannon has notoriously been a force to be reckoned with, shutting down every offense, once the third quarter clock runs. The first half, just as notorious, features a defense that struggles with tackles, the run game, and giving up critical plays.

The Knights play Navy (2-7) on Saturday at 12 p.m. to top off Homecoming Week in another conference matchup.

UCF Extends winning streak to 21 With a Win Over Temple