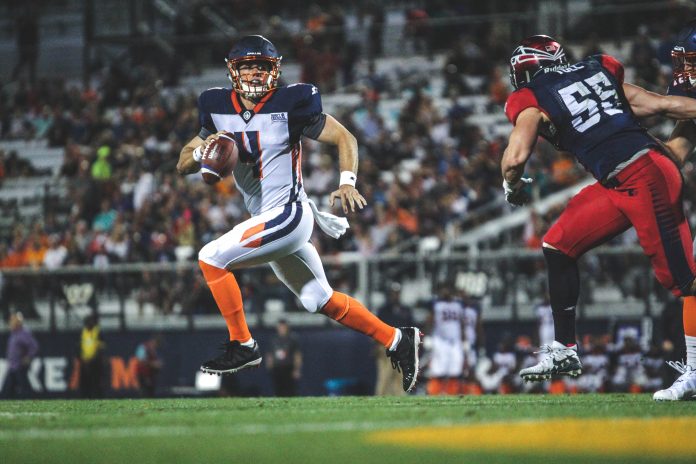 The Orlando Apollos (3-0) of the Alliance of America Football League, won their third game in a row over the Memphis Express (0-3) with a final score of 21-17. Orlando started fast with a 9 to 0 lead in the first quarter and The Memphis Express could not catch up. Apollos QB Garrett Gilbert led the team in with 207 yards in the air, and 1 touchdown run which was his first on the season. Former UCF Knight Rannell Hall led all receivers with 68 catching yards and 1 touchdown. Zach Mettenberger checked in as Memphis Quarterback at halftime and gave his team a spark but the Memphis Express would come up short in the end. The Apollos look to continue their winning ways next week against the Salt Lake Stallions (1-2).