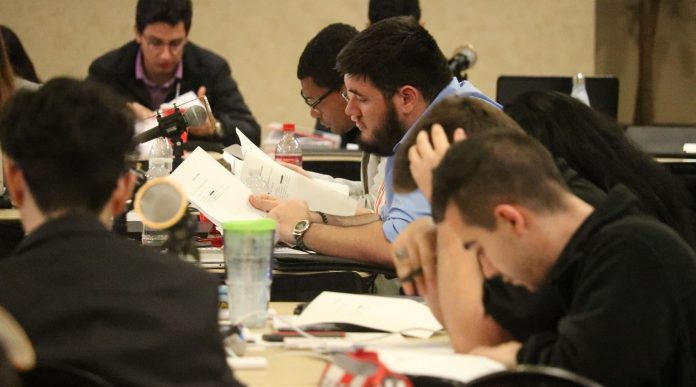 A UCF senator was impeached Feb. 7, following an accusation of misfeasance, microaggression by a UCF senate chair.

Senate Committee Chair Rachel Friant filed for the impeachment of Senator Patrick Cherubin accusing him of harassing her and other student groups and other disrespectful behavior, according to an affidavit.

Friant said the harassment accusation comes from his “constant contact,” of members of Registered Student Organizations, including on nights, weekends and holidays. She also accused him of “sexist microaggressions” and “hostile remarks,” according to the affidavit.

Cherubin said he never sent any messages that can be construed as harassment “not a single one,” and that he was contacting them within his duties as a senator. He said he believes the senate leadership has been wanting to remove him “from day one,” and that these accusations are a result of him being “highly critical” of senate members and how things are run.

Friant said several RSO leaders complained about him constantly calling and messaging them, asking for information she says is not needed.

Cherubin said these accusations are unfounded, and that he was contacting RSO’s as part of an investigation he was conducting.

“I can emphatically state that my calls or text were not excessive,” Cherubin said. “I submitted my phone record since September as evidence to support my case.”

Friant said Cherubin was also contacting her very frequently to the point that she had to make a rule that he was not to contact her after business hours.

“I had to implement a new rule that he was not to contact me out of business hours because some of his contacts were coming in at very late hours of the evening and morning wanting information that frankly he does not need,” Friant said.

During the impeachment proceedings one of the senators brought up that there was a missing sentence in the affidavit, but was told by the chair presiding that this isn’t something of concern since it was filed that way.

A hearing is set for March 7, to review the case. Both sides would be able to present evidence and cross examine witnesses, Cherubin said. However, Cherubin said he fears he will not get a fair review because the senate leadership is the one that would ultimately decide on the case.