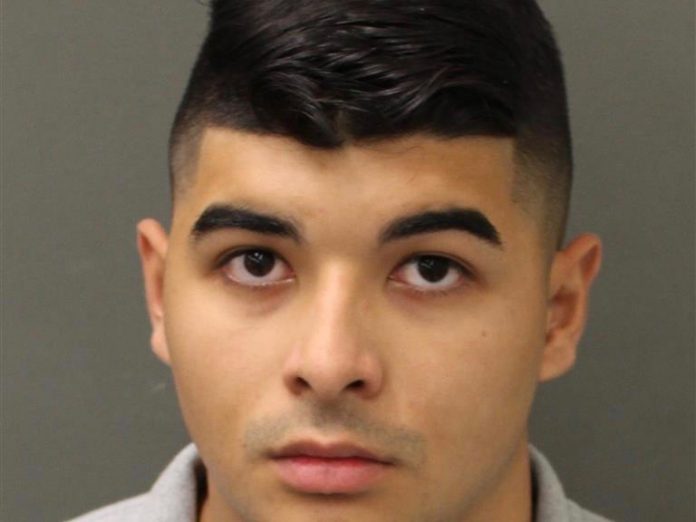 A UCF student is charged with sexual battery for allegedly raping someone at a UCF affiliated apartment complex last month, according to a UCF police affidavit.

Jamie Polanco, 21, was arrested by UCF police Thursday following a recorded phone conversation in which Polanco apologized to the victim.

“Yeah, I am so sorry. I don’t know what was going through my head,” Polanco told the victim on a police-recorded phone line. “I guess I just really wanted to have sex.”

According to the arrest affidavit, the two met on June 4, exchanged phone numbers, and later went to the movies together on June 6 – a meeting which the affidavit describes as mutually enjoyable.

Less than a week later, Polanco invited the victim to watch a basketball game at his apartment in Knights Circle. There, while inside of Polanco’s bedroom, Polanco forced himself upon the victim despite being repeatedly told they didn’t want to have sex, the affidavit reports.

The victim told police they attempted to fight off Polanco’s advance by kicking at his chest, but Polanco persisted, pushing their legs aside, the affidavit states.

The victim would not see Polanco again until July 11, when they saw him knocking through the peephole of their door.

According to the affidavit, the victim looked through the peephole again while on the phone with police, but Polanco used a sticky note to prevent being seen.

When authorities arrived, Polanco had already left the scene, but the victim disclosed to authorities that they had been sexually battered by Polanco in June, the affidavit reports.

The following day UCF Police recorded a phone call between Polanco and the victim. According to the affidavit, Polanco admitted to the rape and expressed remorse, withholding blame from the alcohol he’d consumed the night of the incident.

“I can’t blame the alcohol because it was a small little factor. I’m in shock that I did that,” Polanco told the victim during the controlled call. “I can’t explain myself. I do remember having sex and I do remember you saying no.”

The evening of the controlled phone call, detectives met Polanco at his apartment and arranged for him drive to UCF police headquarters for questioning. He was later arrested and charged with sexual battery.

As of this morning, according to the Orange County Jail inmate database, Polanco is no longer in police custody.

UCFPD redacted the gender of the victim.