KnightNews.com
Home News ‘I wish it was a gun,’ man says to UCFPD officer near... 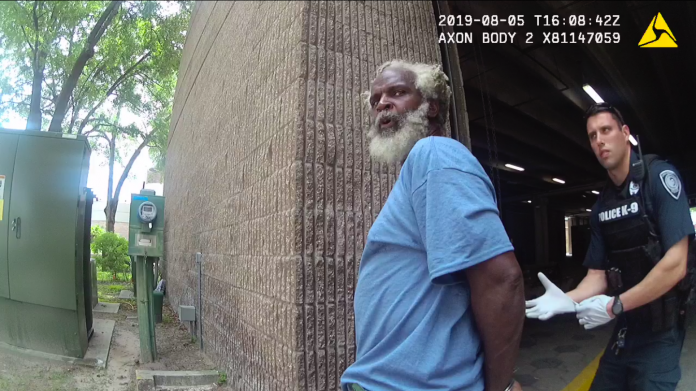 A Sanford man is facing misdemeanor charges after UCF police said he brandished a gun-like hand gesture toward an officer and said, “I wish it was a gun,” according to police records.

Johnny Maddox, 62, was charged in early August on a count of assault on a law enforcement officer and resisting without violence.

According to an arrest affidavit, Maddox was sitting at the Lymmo Bus terminal inside of the UCF owned Amelia parking garage when a uniformed UCF police officer passed by in a marked police cruiser.

The Amelia Street Parking Garage is leased and controlled by the University of Central Florida.

Police id it was then, while seated, that Maddox postured himself in a shooting stance – clasping both his hands and extending them forward in the direction of the officer.

According to the affidavit, the officer was fearful and fled the garage despite being unable to see if Maddox was armed with a weapon.

The officer re-approached the parking garage with backup and confronted Maddox at the entrance, ordering him to show his hands.

According to arrest records, Maddox bladed himself away from the officer and began reaching into his pocket before throwing his arms to the side and yelling “shoot me”.

“I’m not going to shout you,” the officer replied while approaching Maddox with his weapon drawn.

Maddox was ultimately placed in handcuffs but not without incident. According to the affidavit, the 62-year-old tensed his arms in an attempt to prevent the officer from placing cuffs.

In body camera footage, the arresting officer can be heard telling Maddox, “you don’t point something at a police officer like you’re going to shoot them.”

“It was my finger, finger,” Maddox replied before telling the officer, “I wish it was gun.”

Maddox was baker acted and transported to Aspire Health as well as issued a notice to appear in court.