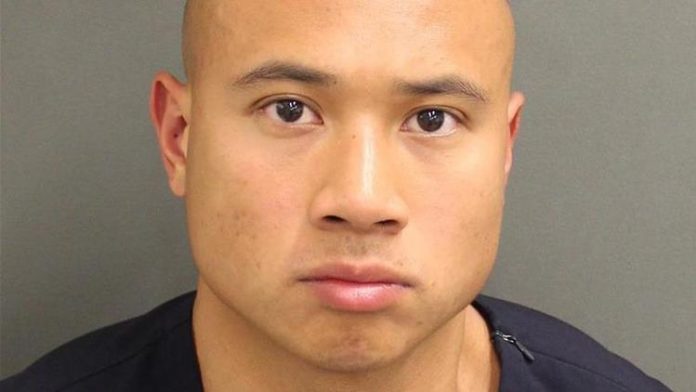 A UCF student was arrested Thursday on charges of stalking and soliciting a child for unlawful sexual conduct, according to an arrest affidavit issued by UCF Police.

Michael Tran, a 31-year-old from West Melbourne, met the 17-year-old girl on campus at Knightro’s Restaurant in October of 2018, according to the affidavit. The two held a brief conversation and later exchanged phone numbers. During the course of the conversation, Tran said he was 24 years old, the affidavit stated.

The two exchanged text messages for approximately one week when the girl expressed to Tran that she was not interested in a romantic relationship, according to the affidavit. Tran then began sending ‘vulgar’ messages to the female, the affidavit stated. He would continue to message the female minor despite repeated requests not to contact her again.

According to the affidavit, the 17-year-old stopped responding to Tran’s text messages and consulted UCF Police because she grew uncomfortable with the messages she was receiving. Authorities advised the 17-year-old that if she received another message from Tran, she needed to reiterate that she did not want to receive further contact from him, the affidavit stated.

Earlier this month, while walking back to her apartment around 9:30 p.m., she was approached by a man she did not recognize. When she asked the man if she knew him from somewhere, he replied “No, but I’m sure I’ll be seeing you around.”, the affidavit stated.

Motivated by what the affidavit described as a ‘gut feeling’, the girl went to Tran’s Instagram page. While viewing his page, she saw a photo of Tran with the unidentified man who had approached her earlier. This discovery made her increasingly uncomfortable, according to the affidavit.

She continued receiving messages from Tran following her encounter with the unknown male, prompting her to meet with authorities for a second time.

UCF detectives met with Tran on January 18. According to the affidavit, Tran told detectives that he learned how to flirt with women from a YouTube video, where he also learned he should make his intentions clear with women to avoid ending up in the “friend zone.”

On Thursday, Tran was arrested by UCF police on charges of stalking and soliciting a child for unlawful sexual activity using an electronic device. He is being held on $6,000 bond in the Orange County Jail. 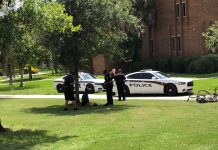 Man arrested on campus, accused of stealing a bike