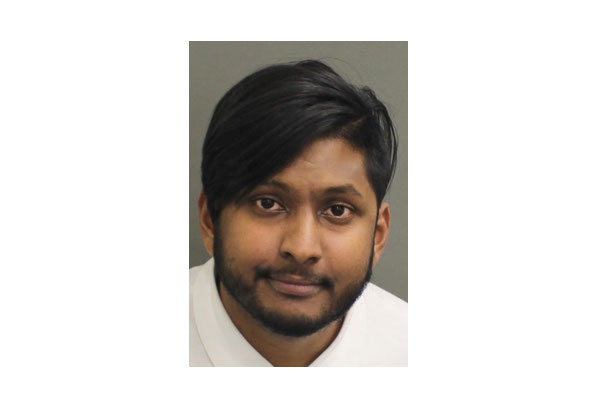 A Windemere man was arrested early Thursday for carrying and firing a rifle in downtown Orlando near the popular SAK Comedy Lounge.

Orlando Police said Ryan Sarjoo, 26, fired a round into the air with an AR-15 style rifle around 3 a.m. near South Orange Avenue and East Pine Street after being involved in an argument with another male.

A witness’s video of the incident is making rounds on social media.

According to an arrest affidavit, a witness saw Sarjoo return the rifle into his BMW after shooting it into the air. Sarjoo, who was described as being intoxicated, then cocked a handgun and put it into his pants, the witness said.

Inside the BMW, authorities located a rifle and .40 caliber handgun in addition to the gun in his pants, according to the affidavit.

Sarjoo was arrested and charged with a second-degree misdemeanor count of openly carrying a weapon.

Orlando Police said in a press release that additional charges including discharging a firearm in public will be filed with the State Attorney’s Office.

“The Orlando Police will work closely with the State Attorney’s Office to request any and all additional charges be filed, as this type of reckless behavior will not be tolerated in our city,” Orlando Chief of Police Orlando Colon said in a written statement.

Sarjoo was booked into the Orange County bail and is out on $250 bond.