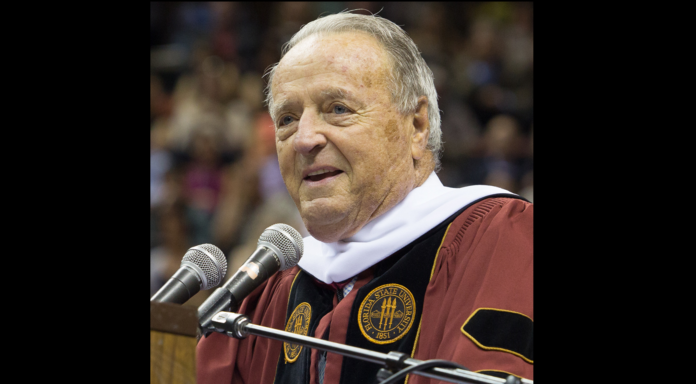 Coaching legend Bobby Bowden backed Frost and the Knights perfect season and turnaround from the 2015 0-12 year. Bowden spoke with Omaha The World-Herald on Friday, stating UCF did deserve the national title.

“I’ll be honest with you, they deserve [the national title], in my opinion,” the retired coach said in an interview with The World-Herald.

“But they won’t win it because they’re not in the Power Five, you know? But you take Auburn in November, probably the hottest team in the country, Auburn beat No. 1 and No. 2, then Central Florida beats them. And so I think they got a right to claim it. But the NCAA won’t recognize it.”

Bowden’s record at Florida State included 377 wins, averaging about 74% over his career. The 88-year-old commented on the growth of football in the state of Florida. It’s safe to say UCF makes its case as the best in the sunshine state.

“I can’t believe how much it has grown,” Bowden said.. “When I came here in 1976, there were three of us playing D-1 ball: Florida, Florida State and Miami. Now there’s seven of us and it has really grown.”

“And it’s amazing that Central Florida was better than anybody. It’s just amazing.”

Stay tuned with @UCFKnightNews as we cover UCF’s championship parade at Walt Disney World on Sunday and the Downtown Orlando block party on Monday.