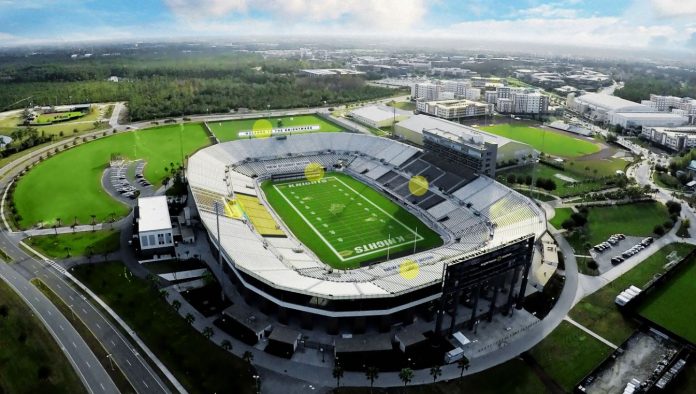 Spectrum Stadium will be home to a professional football team starting in the spring of 2019.

According to UCF Associate Athletics Director Andy Seeley, the name of the team that will play at the home of the UCF Knights has not yet been announced. As of right now the team is being referred to as “Alliance Orlando.”

Spectrum stadium, formerly known as Bright House Networks Stadium when it opened in 2007, can seat 44,206. The stadium is currently used less than 10 times per year, according to Seeley.

“The stadium is a great asset for us and we are interested in continuing to explore opportunities to serve the entertainment needs of those on campus and in the Orlando-area community,” said Seeley. “In turn, events such as Alliance football are also an opportunity for UCF Athletics to realize some revenue as well.”

He feels that this new relationship could also benefit current and former UCF football student athletes with the hopes of playing pro football. Details about the contract for this new partnership are not being released, according to Seeley.

“Former Knights — and football players from all over — who have aspirations of playing football professionally should benefit from the opportunity available to them by new leagues forming,” said Seeley.

The Alliance Orlando professional football team will be coached by former NFL quarterback and UF Head Coach Steve Spurrier. The season will start on Feb 9 and last 12 weeks.

This is an updating story and more details will be posted as they break.