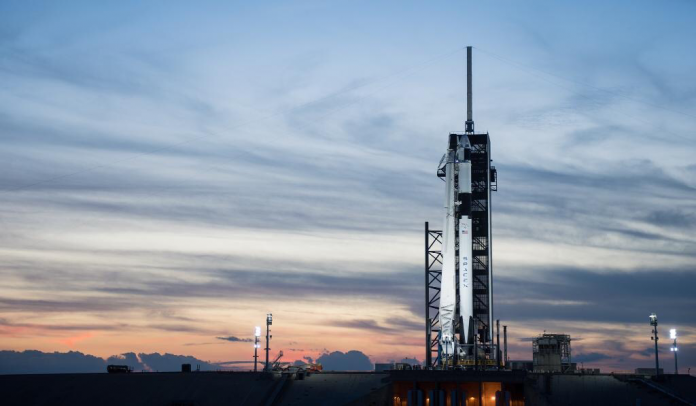 While most of us were asleep, SpaceX wrote history.

At 2:49 a.m. on Saturday, the private company propelled U.S. human space flight forward with the milestone launch of a Crew Dragon capsule, the first commercially built and operated spacecraft designed to transport humans to and from the Internal Space Station.

Following the predawn launch from Kennedy Space Center’s historic 39A launch pad, the Falcon 9 booster successfully separated from the Crew Dragon and returned to earth, landing on the “Of Course I Still Love You” platform based in the Atlantic Ocean, according to SpaceX.

The next step for the Crew Dragon capsule is an attempt to autonomously dock at the International Space Station which is scheduled at 6 a.m. on March 3, according to SpaceX.

Filled with roughly 400 pounds of equipment and supplies, it will remain docked at the ISS for five days before undocking and returning to earth.

The Crew Dragon’s stay is short.

It will attempt to autonomously undock from the International Space Station on Friday, March 8 at approximately 2:30 a.m. Roughly five hours after its departure from the space station, it will undergo its de-orbit burn and then reenter Earth’s atmosphere. It is expected to ‘splashdown’ into the Atlantic Ocean roughly 35 to 40 minutes later using a parachute system, according to SpaceX.

The estimated arrival time to earth is 8:45 a.m.

SpaceX needs to prove its safe

The man-less spacecraft is an attempt to demonstrate Space X’s “capability to safely and reliably fly astronauts to and from the International Space Station as part of NASA’s Commercial Crew Program”, said SpaceX in its mission overview.

The Crew Dragon is equipped with ‘environmental control and life support systems” to support human spaceflight, according to SpaceX.

Testing these abilities is Ripley, an onboard dummy fitted with an “anthropomorphic” spacesuit equipped with sensors around the head, neck, and spine. Named after Sigourney Weaver’s character in Alien, Ripley will assess and document conditions from within the capsule in preparation for SpaceX’s second mission; one which will include NASA astronauts on board, according to SpaceX.

While no humans are aboard the spacecraft on its six-day mission known as Demo-1, a successful trip will bring Americans the closest to human space flight from U.S. soil since the retirement of the Space Shuttle program in 2011. According to the US Government Accountability Office, the U.S has relied on Russia to take its astronauts to and from the International Space Station with a price tag of 82 million per seat since the retirement of the Shuttle Program.

Watch video of the launch here.

Knight News will continue to track the Crew Dragon’s Voyage.