Pope Francis’ upcoming visit to the United States sparked excitement among young local Catholics who refer to this religious figure as the “Pope of this generation.”

President Barack Obama will welcome Pope Francis into the country on Sept. 22 in Washington D.C. After his visit in the nation’s capital, the Pope will visit New York and Philadelphia.

Although his visit will not bring him to Orlando, Fla., local Catholics are eager to learn what Pope Francis has to say to U.S. leaders and some students are even traveling to be in his presence.

“Here in America we are known to be very materially wealthy, but we’re spiritually poor compared to other countries who may be spiritually wealthy but materially poor,” Catholic Campus Ministry at UCF mission leader Daniel Chedid said.

CCM mission leader Anna Palka explained the importance of the Pope’s visit when she said he is the figure that Catholics look to for guidance.

Planning to travel to Philadelphia to see Pope Francis, Carillo explained how she thinks the encounter would enhance her faith.

“By the Pope visiting, it’s going to make my faith more real, more tangible. . . seeing someone so holy,” said Vanessa Carillo, a UCF civil engineering major who served as CCM at UCF president for the 2014-2015 year.

She mentioned that she believes the Pope is a living symbol of something she cannot physically see, God.

Media attention revolving around the Pope has had people talking about him kissing babies, washing the feet of prisoners and sharing meals with the homeless.

“He’s showing us what love is [and] what it means to be a Christian,” Carillo said passionately. “And this is where Pope Francis is the Pope of our generation. This is what the young people see ‘how can I make a difference in this world for a better world? How can I love more, tangibly?’”

Palka said the Pope’s actions have inspired her to “be more merciful and love people intentionally.”

However, there has also been stirred controversy as some have said the Pope has untraditional Catholic values regarding gay marriage and divorce.

The way Father Ben of CMM at UCF sees it, Pope Francis is not for or against any particular issues.

“Clearly what he is trying to say is we need to be much more loving and embracing of other people,” Father Ben stated.

“Pope Francis is not teaching anything new. He is teaching the same traditional values with new words,” Carillo stated.

Carillo explained that Pope Francis is trying to teach the public to be accepting of any and all human beings, regardless of marital status or sexual orientation.

The Pope may continue to teach traditional Catholic values, but he is doing it in new ways as he utilizes Twitter to spread his message.

Father Ben said he thinks each pope is reflective of the people of that generation and they each lead the church with their own flair.

“I think that’s what each pope is meant to do is speak to the people of that generation,” he added, “particularly challenging them about the joys and the sorrows of that particular time.”

KnightNews.com will be reporting on the Pope’s visit from Washington D.C. Check back for updates. 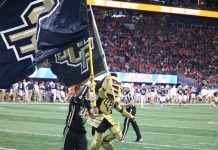 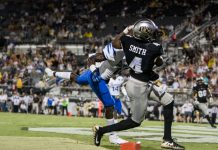 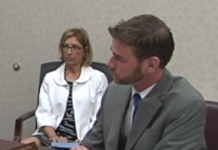