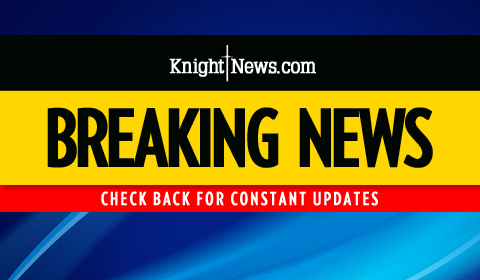 The University of Central Florida chapter of Lambda Theta Phi has been suspended on charges of hazing, alcohol misconduct, and sexual misconduct, a UCF official confirmed.

Knight News obtained a copy of the notice sent to Lambda Theta Phi on the interim suspension from the Office of Student Conduct. 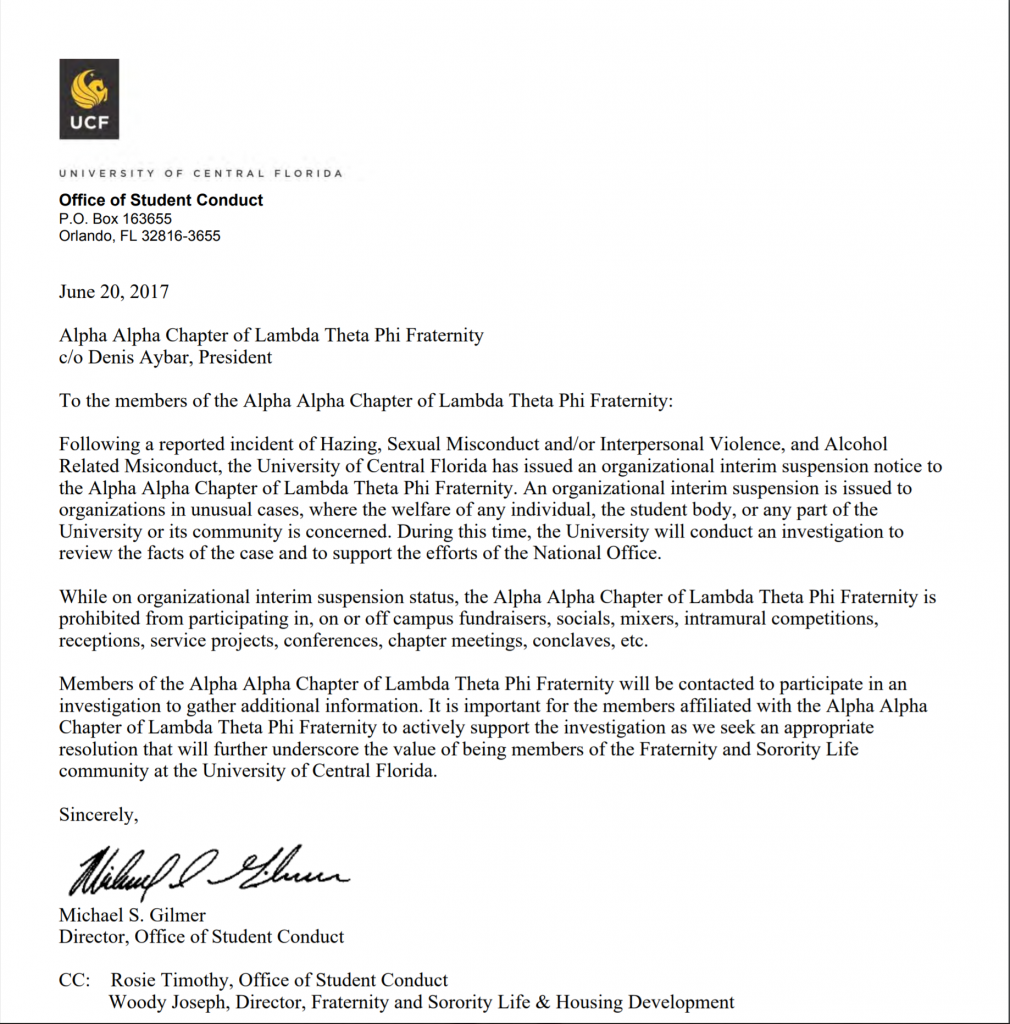 The accusation involves members of the Latin fraternity hazing pledges while encouraging underage drinking in Spring 2017, according to documents received by Knight News.

Cruz wrote to the chapter president on orders from their national headquarters to suspend all activities for the remainder of the Summer until the allegations are addressed.

Lambda Theta Phi executive director Jarrod Cruz wrote in an email to the Orlando Sentinel the fraternity launched an investigation into the accusations.

“We find the allegations disturbing as they stand in direct contradiction to our mission and values to promote the spirit of brotherhood, empower Latinx students, and promote Latinx culture,” Cruz said to the Orlando Sentinel.

The UCF Police Department is not conducting an investigation according to Courtney Gilmartin, Assistant Director and Public Information Officer for UCF Police.

The incident would be reported to UCF’s hazing hotline. The tip characterized an after party for the presentation of LTP’s new members involving drinking and one member having sex with someone who was “severely mentally, physically incapacitated due from the alcohol consumption,” the report said.

Social media played a part in the case; a photo circulating within the “Alpha Alpha chapter” of the member who has been accused of the sexual misconduct showed how intoxicated the student was before committing the act, according to the report.

The report accuses the fraternity of hazing three new members where the students had to live with one another for the duration of three to four weeks, tasked with an “intensive pledging process […] that pushed them to physical and mental exhaustion,” while reciting information on the fraternity’s history and organization.

The tip stated that members were instructed to create a story to what the pledging process was like in order to “protect the chapter from any form of repercussions.”

Members of Lambda Theta Phi are scheduled to meet with the Office of Student Conduct in a hearing on Monday, July 3. The fraternity has been suspended from intramural competition, fundraisers, mixers, receptions, service projects, socials, and chapter meetings or conference during the period.

In March 2017, Alpha Epsilon Pi was suspended for accusations of a member placing a gun to a pledge’s neck, later confirmed by UCF.