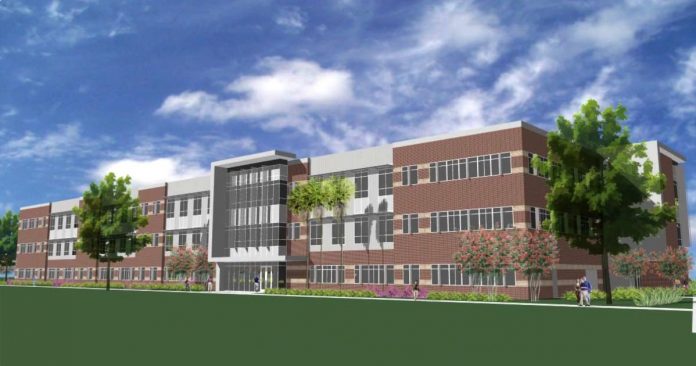 Construction of a brand new standalone Trevor Colbourn Hall building will run from May 2017 to August 2018.

Lot B and C parking pass holders – faculty and staff – will be affected by the 16-month long construction. The site fence for the project will be erected between May 8th and May 12th, the Board of Trustees has said.

Building construction will take place on parking lot H1. A portion of lot H2 will be closed for the duration of the project. Current users of these lots who are B and C permit holders will be relocated to Parking Garage I, first level, the Board of Trustees said in a campus email. Reserved 24-hour space owners will be notified of options for their individually assigned spaces.

Colbourn Hall will be demolished instead of renovated, allowing Trevor Colbourn Hall to be bigger while avoiding a costly renovation to the old building, according to UCF News & Information senior communications coordinator Mark Schlueb.

UCF officials originally credited the motive to renovate the building in addressing:

Despite calls to the instability of the current Colbourn Hall, UCF Facilities Planning and Facilities Operations confirmed the building is structurally sound.