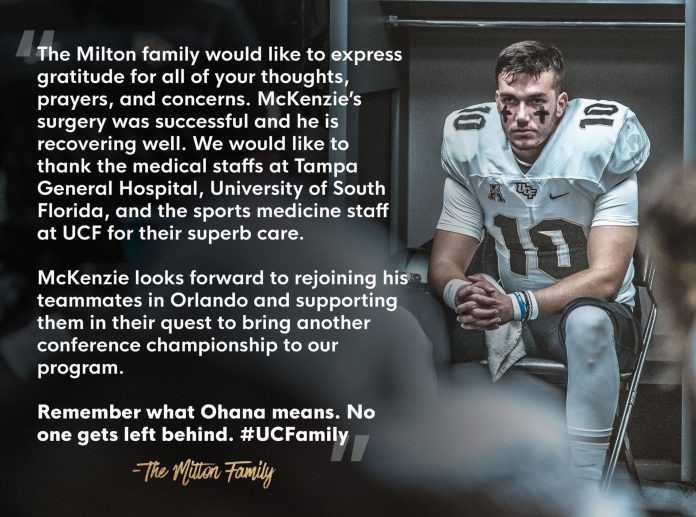 The family of McKenzie Milton updated his status through UCF Football Saturday to let Knight Nation know the surgery was a success and McKenzie is recovering well.

“The Milton family would like to express gratitude for all of your throughs, prayers, and concerns. McKenzie’s surgery was successful and he is recovering well,” the update said.

“We would like to thank the medical staffs at Tampa General Hospital, University of South Florida, and the sports medicine staff at UCF for their superb care. McKenzie looks forward to rejoining his teammates in Orlando and supporting them in their quest to bring another conference championship to our program.”

“Remember what Ohana means. No one gets left behind.”

The UCF community is calling on the football program to wear the 808 area code and “Ohana” on the back of their helmets while fans wear Hawaiian shirts and leas to Saturday’s championship game.

Milton suffered from a devasting knee injury while running a QB keep in the second quarter of the USF game.